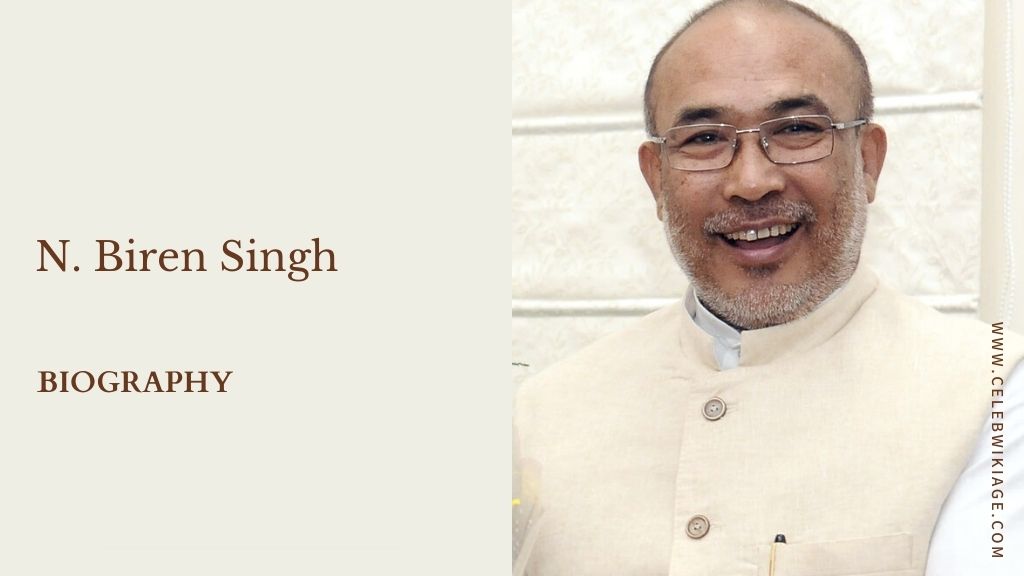 N. Biren Singh is an Indian politician, former footballer and journalist, who is currently serving as the chief minister of Manipur.

Singh was awarded Champions of Change in 2018 for his exceptional work to the nation. The award was conferred by the Vice-President of India Sri. Venkaiah Naidu at Vigyan Bhavan New Delhi.

N Biren Singh was born on January 1, 1961 in Imphal, Manipur. Singh has a BA degree from Manipur University. He is married to Hiyainu Devi and the couple has one son and two daughters.

Singh started his career as a footballer and he was recruited in the Border Security Force (BSF), where he played for its team in domestic competitions. He, then, turned to journalism and in 1992, Singh started the vernacular daily Naharolgi Thoudang. He worked as the editor of the newspaper till 2001.

Singh entered politics in 2002 and joined the Democratic Revolutionary Peoples Party. He contested assembly elections and won from the Heingang seat.

Singh was appointed Manipur’s Minister of State of Vigilance in 2003 and was given the additional portfolio of Forest & Environment Minister.

He later joined the Indian National Congress and retained the seat in the 2007 Assembly elections. Singh was then made Manipur’s Minister of Irrigation & Flood Control and Youth Affairs & Sports and Consumer Affairs & Public Distribution (CAF&PD).

Singh retained the constituency in the 2012 Assembly elections, for the third consecutive term.

In September 2016, He resigned from the Manipur Legislative Assembly after revolting against Okram Ibobi Singh, the then chief minister of the state.

Singh joined the Bharatiya Janata Party (BJP) in October 2016. In 2017, Singh contested Assembly elections from the Heingang seat and won, retaining the seat for the fourth consecutive term. He was sworn in as the Chief Minister of Manipur on March 15, 2017, becoming the first-ever BJP leader to become CM in the state.

Ahead of the 2022 Assembly elections in Manipur, Singh said that he himself wants the Armed Forces (Special Powers) Act to be repealed.