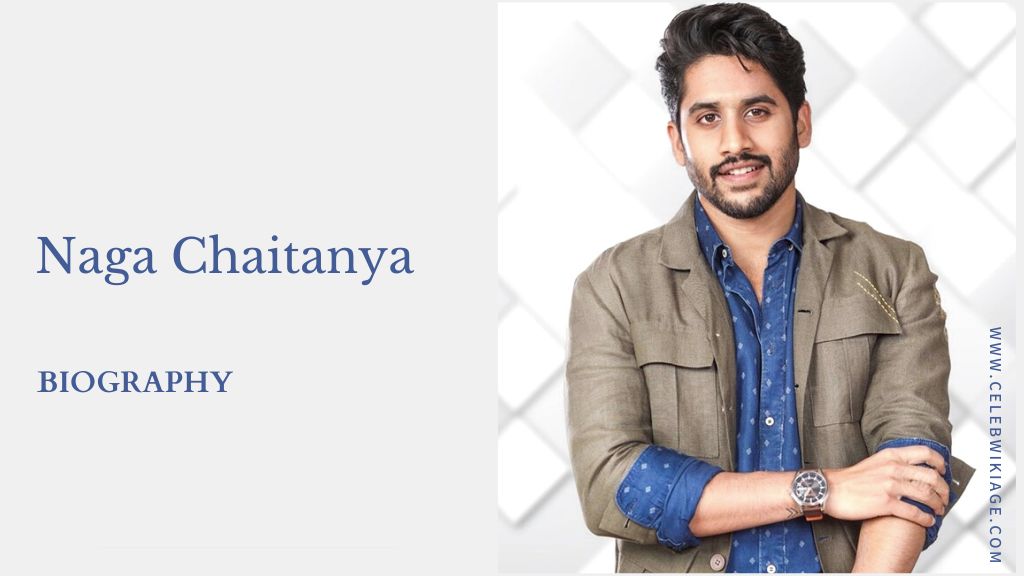 Naga Chaitanya was born on November 23, 1986 to actor Akkineni Nagarjuna and his first wife, Lakshmi. However his parents split before his first birthday, and later he lived with his father and his step mother, Amala, a prominent actress.

Nagarjuna also had another son with Amala, called Akhil Akkineni, who played the lead role in Sisindri as a two year old. Moreover, Naga Chaitanya’s grandfather, Akkineni Nageswara Rao was one of thespian’s of Telugu cinema, with cousins Sumanth and Sushanth also being film actors.His maternal grandfather, D. Ramanaidu, is a famous producer in the film industry whilst his maternal uncle, Venkatesh is also one of Telugu cinema’s biggest actors.

Naga Chaitanya initially did not want to become an actor, but had a sudden change of mind, which resulted in his parents sending him to an acting school in Mumbai and then to Hollywood to learn dancing and fighting, before he made his debut.

He married actress Samantha Ruth Prabhu in 2017, but they separated in October 2021.

In 2009, Chaitanya made his acting debut with the coming-of-age action film ‘Josh,’ essaying the role of a college student named ‘Sathya.’ The film was directed by newcomer Vasu Varma and was an average success.

In 2011, Chaitanya starred in two projects, an action–comedy named ‘Dhada,’ playing ‘Vishwa,’ and a crime film ‘Bejawada,’ playing ‘Shiva Krishna.’ The films were directed by Ajay Bhuyan and Vivek Krishna, respectively. Both the films received negative reviews from critics.

In 2013, Chaitanya appeared in the action film ‘Tadakha,’ playing the role of ‘Karthik.’ It was directed by Kishore Kumar Pardasani. In 2014, he appeared in a fantasy–drama titled ‘Manam,’ essaying a dual role, as ‘Nagarjuna’ and ‘Radha Mohan.’ The film featured his grandfather, Akkineni Nageswara Rao, and his father, Akkineni Nagarjuna.

In 2015, Chaitanya appeared in the action film ‘Dohchay,’ playing ‘Chandu.’ It was directed by Sudheer Varma. The film received poor reviews, but later that year, he was approached for Gautham Menon’s bilingual romantic thriller ‘Sahasam Swasaga Sagipo.’ It was simultaneously made in Tamil, as ‘Achcham Yenbadhu Madamaiyada.’ He appeared as

himself in the romance film ‘Krishnamma’ Kalipindi Iddarini,’ directed by R Chandru.

In 2016, Chaitanya played the role of ‘Vikram Vatsalya’ in the coming-of-age romantic drama ‘Premam,’ directed by Chandoo Mondeti. It was a remake of a Malayalam film of the same name. He also had an extended cameo as himself in two other Telugu films, ‘Aatadukundam Raa’ and ‘Mahanati,’ in 2018.

In 2018, Chaitanya appeared as ‘Chaitu Gaadu’ in the romantic comedy ‘Shailaja Reddy Alludu,’ directed by Maruthi Dasari. The same year, he also appeared as ‘Vikram Aditya’ in the action–drama ‘Savyasachi,’ directed by Chandoo Mondeti. He had another extended cameo, as ‘Akkineni Nageswara Rao’ in the bilingual biographical film ‘Nadigaiyar Thilagam,’ directed by Nag Ashwin.

In 2019, Chaitanya played the role of ‘Poorna Chandra Rao’ in the romantic–drama film ‘Majili,’ directed by Shiva Nirvana. His upcoming film ‘Venky Mama’ will feature him opposite his wife, Samantha Ruth Prabhu, and will be directed by KS Ravindra.

In 2021, he starred in the film Love Story with Sai Pallavi.

In 2022, Chaitanya appeared in Bangarraju along with his father, Nagarjuna. Anji Shetty of Sakshi stated that Nagarjuna and he were the core strength of the film.

Chaitanya is also set to make his Hindi film debut in 2022 in Laal Singh Chaddha. He is working on the upcoming film Thank You.

The latest rumour is that Samantha Ruth Prabhu and Naga Chaitanya divorced over her refusal to avoid taking on bold scenes and item numbers in her films. Samantha was extensively ridiculed for her lip-lock sequence with Ram Charan in ‘Rangasthalam’ in 2018, just a few months after their marriage.

Samantha’s sex scene in the online series ‘The Family Man 2′ was also the final nail in their relationship because reportedly it went against Akkinenis’ ideals.

Samantha’s decision to continue doing bold scenes and item numbers in her films after her marriage was not well received by not just Naga Chaitanya, but also his parents Nagarjuna Akkineni and others. Naga Chaitanya and his family were stunned when they saw Samantha’s sex scene in ‘The Family Man 2,’ according to the source. They apparently thought that the actress had broken their trust by not informing them ahead of time about her controversial scene in the web series.