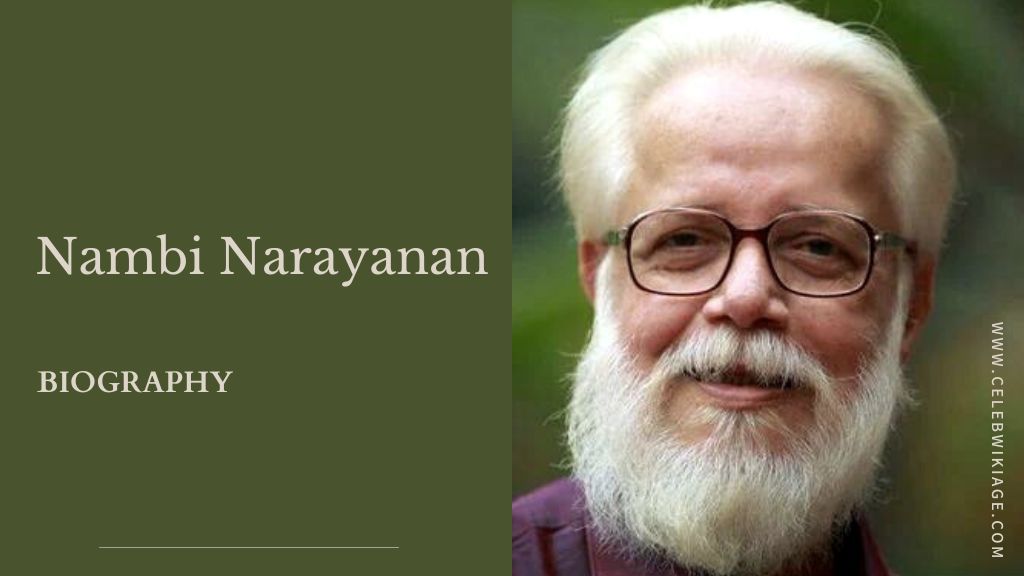 The life of Nambi Narayanan was recently discussed by actor R. Madhavan released the teaser of his upcoming film Rocketry: The Nambi Effect.

The film is a biographical film based on the life of renowned Indian aerospace engineer S Nambi Narayanan, who worked for the Indian Space Research Organization- ISRO.

The film will throw light on the life of Nambi Narayan and the case of false allegations and espionage against him.

Who Is Nambi Narayanan

S Nambi Narayanan is the famous Indian aerospace engineer who has worked for ISRO. He joined ISRO in the year 1966.

In the early 1970s, he invented liquid fuel rocket technology. He knew that India would need liquid fuel engines for the upcoming ISRO’s civilian space programmes.

He has worked with leading scientists of India like Satish Dhawan, Vikram Sarabhai, Dr APJ Abdul Kalam, UR Rao etc and served ISRO for 35 years.

He has been honored with many prestigious awards, he was also given the Padma Bhushan, the third highest civilian award by the Government of India in 2019. However, his career was not easy.

Born on 12 December 1941, S. Nambi Narayanan hails from Tamil Nadu. He was born in Nagercoil in a Tamil family.

Nambi Narayanan was born in a Hindu family. He lost his father when he was pursuing his graduation in Madurai. Her mother was feeling ill after her father left. He also had a sister.

Nambi Narayanan is married to Meena Nambi. The couple has a son, Shankar Kumar Narayanan (businessman) and a daughter, Geeta Arunan (Montessori school teacher in Bangalore).

He did his early studies from DVD Higher Secondary School, Nagercoil. He then completed his graduation in Mechanical Engineering from Thyagarajar College of Engineering, University of Madras, Madurai.

Narayanan joined ISRO in the year 1966. In the early 1970s, Narayanan predicted the need for liquid-fueled engines in ISRO’s future civilian space programmes.

He designed the first thrust liquid propellant motors of about 600 kg and introduced liquid fuel rocket technology in India, while APJ Abdul Kalam and his team worked on solid motors.

Narayanan’s project was greatly supported by the then ISRO Chairman Satish Dhawan and UR Rao. He was in charge of the cryogenics division, which is the production of materials at low temperatures.

He developed an engine named Vikas, which was used in several ISRO rockets including the Polar Satellite Launch Vehicle (PSLV).

The ‘Vikas’ engine helped in missions like Chandrayaan-1 and Mangalyaan. The development was also used in the second and fourth strap-on stages of the Geo-synchronous Satellite Launch Vehicle.

In November 1994, Nambi was falsely accused of espionage and when he was a senior officer at ISRO, was in charge of the cryogenics division in the Vikas Engines team, which would be used for the first PSLV launched by India. He was accused of leaking vital defense secrets to two alleged Maldivian intelligence officials, Maryam Rashida and Fauzia Hassan.

Nambi and D. Sasikumaran leaked secrets related to highly confidential “flight test data” from rocket and satellite launch experiments, according to defense officials’ statements. He was accused of leaking confidential data worth millions.

Narayanan was arrested on charges of espionage and the case was transferred to the Intelligence Bureau. He was kept in custody for 50 days. While in custody, he was tortured mentally and physically by the IB officials. He was kept standing for about 30 hours until he collapsed and was admitted to the hospital.

However, during the investigation, the house of Nambi Narayanan was searched and nothing unusual was found and there was no indication of corruption charges against him.

The case started in 1994 and later in 1996 all the charges against him were dismissed by the Central Bureau of Investigation (CBI) in April 1996. In 1998, the Supreme Court of India declared him not guilty.

In late 2018, the Supreme Court of India, in a bench of Dipak Misra, awarded ₹5,000,000 (about US$70,000) to Narayanan as compensation, which was to be recovered from the Kerala government within eight weeks.

However, Govt. of Kerala, decided to pay compensation of ₹1.3 crore (₹13,000,000; approximately US$183,000) to S Nambi Narayanan for the “mental cruelty” he suffered during the investigation and the proceedings of the case. Simultaneously, the Supreme Court also constituted a committee, headed by retired Supreme Court judge DK Jain, to probe the role of Kerala Police officials in Narayanan’s arrest.

After the case ended and Dr. After Nambi was dismissed of all false allegations, the Indian government awarded him the Padma Bhushan, the third highest civilian award in 2019.

Actor R Madhavan’s directorial debut Rocketry – The Nambi Effect is a biographical drama based on the life of Dr. Nambi Narayanan. In the role of Dr. Nambi, R. Madhavan will also be seen, who will throw light on his life and the case in which he was falsely accused. The film also stars Simran and Ravi Raghavendra.

The teaser of the film was released recently and the film is going to hit the theaters on July 1, 2022.