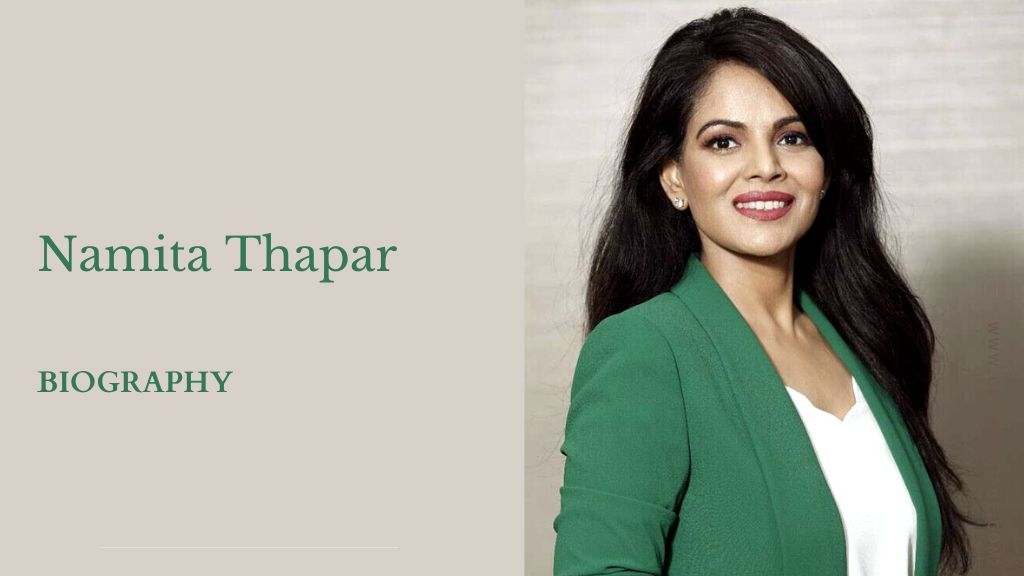 Namita Thapar was born on March 21, 1977, and is from Pune Maharashtra. She is married to Vikas Thapar and has two sons named Vir Thapar and Jai Thapar. She studied at a school in Pune, Maharashtra, and later graduated from ICAI with a degree in the chartered accountant. Namita later completed an MBA and degree from Duke University’s Fuqua School of Business.

After completing her MBA, Namita was offered the position of Business Finance Lead in the financial planning department of Guidant Corporation, a medical device company in the United States of America. She worked in various positions in the company for about 6 years and then resigned from there.

She then joined her father’s company, Emcure Pharmaceuticals, as the CFO.

Namita founded Incredible Ventures Limited, an education company, in 2017. The company aims to promote youth entrepreneurship by teaching entrepreneurial skills to children in the age group of 11-18 years. The company has branches in Mumbai, Delhi, Bangalore, Chennai and Ahmedabad.

Thapar has a passion for improving women’s health and promoting youth entrepreneurship in India. During the COVID pandemic, she launched a unique YouTube talk show on women’s health with Namita, which aims to provide authentic information and break the stigma and taboos associated with women’s health.

Apart from work she is also a speaker at various prestigious forums such as Harvard Business School, Indian Institute of Management (IIM- A), ET women’s conference, FICCI etc.

Awards and Recognition to Namita Thapar

Some Facts About Namita Thapar

Who is Namita Thapar?

Namita Thapar is an Indian entrepreneur. She is the Executive Director of Emcure Pharmaceuticals,

What is the net worth of Namita Thapar?