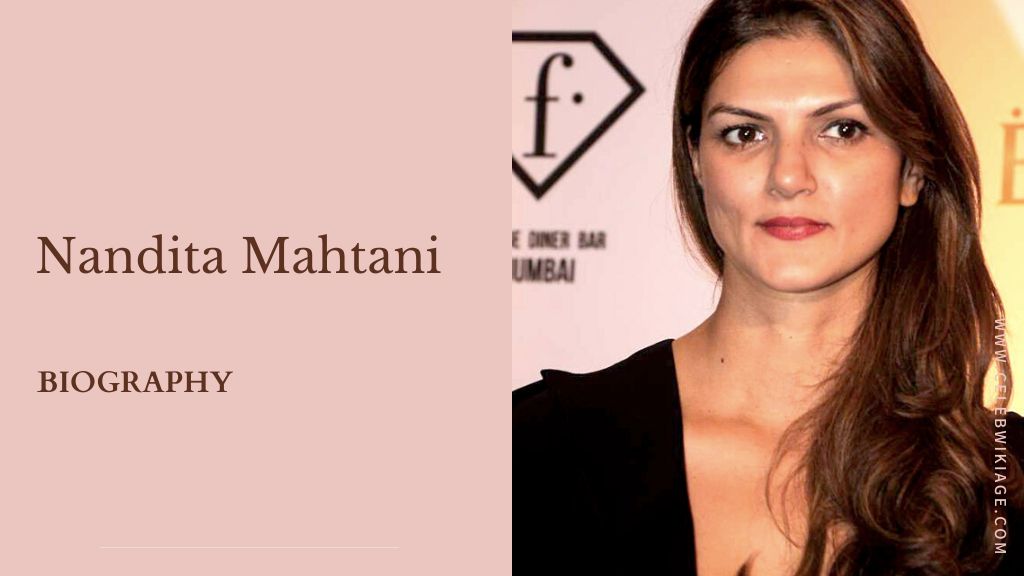 Nandita Mahtani is a fashion designer. Hardly few people know that Nandita is married and her ex-husband is Sanjay Kapoor who was later married to Karisma Kapoor.

Nandita has been a topic of discussion in social media for a few days, mainly because of the person she is engaged to, Bollywood actor Vidyut Jammwal.

Nandita Mahtani was born on 8 January 1976 in the city of Mumbai, Maharashtra. Nandita’s father Manu Mahtani is the owner of a seafood export business in India and her mother Indu Mahtani is a director in Castlerock Fisheries Limited Company.

Nandita’s sister Anu Mirchandani is also a fashion designer like Nandita and her brother whose name is Bharat Mahtani is a businessman.

Nandita’s childhood has passed in the city of Mumbai itself. Nandita wanted to become a businesswoman since her school days. Because most of the members in her family are involved in some business or the other. He earned a degree in business from a college in London.

Her parents have been doing some kind of business since the beginning and being part of a business family, she also aroused the desire to become a businesswoman. Today his name is included in the count of a successful fashion designer in Mumbai.

She was previously married to actress Karisma Kapoor’s ex-husband and businessman Sanjay Kapoor before getting engaged to actor Vidyut Jammwal. Nandita is Sanjay Kapoor’s first wife.

After breaking up with Nandita, Sanjay married Karisma Kapoor. Nandita’s married life with Sanjay Kapoor did not last long and they both soon separated from each other.

Nandita Mahtani started her career as a fashion designer in 1998. She then joined her family business. In 2000, her sister Anu launched her fashion label Ananya in London. The label piqued his interest and Nandita also joined her sister’s businesses. This was followed by her signature label- Nandita Mahtani. The label has stores in Mumbai, Goa and London.

In 2019, Nandita partnered with Cartoon Network, an American television network, to launch her clothing collection. In Nandita’s clothing collection, you will find characters like The Powerpuff Girls, Johnny Bravo, Dexter Laboratory, Courage the Cowardly Dog and Samurai Jack.

Nandita has designed clothes for many famous Bollywood celebrities. She has been designing and styling clothes for Indian cricketer Virat Kohli for many years.

Nandita Matwani is a very famous celebrity for her collection of clothes in India as well as abroad. Nandita’s family is always ready to help Nandita in her fashion designer career. Whatever Nandita is today, her family members have a big hand in it.

Some Facts About Nandita Mahtani

Who is Nandita Mahtani?

When did Nandita Mahtani get engaged to Vidyut Jammwal?

Nandita got engaged to Vidyut Jamwal at the beginning of September 2021.

What is the name of Nandita Mahtani’s ex-husband?

What is the name of Nandita Mahtani’s sister?