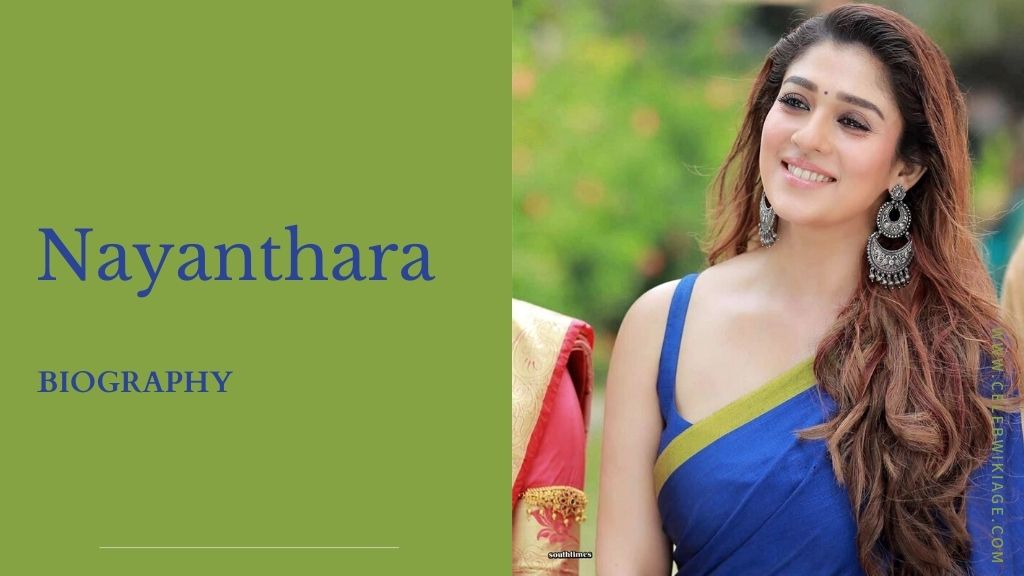 Nayanthara, is a South Indian actress, who has acted in many Malayalam, Tamil and Telugu movies. After several commercial successes such as Chandramukhi, Ghajini, Billa and Yaaradi Nee Mohini, Nayanthara has established herself as one of the most promising, sought-after actresses in South India.

Nayanthara was born as Diana Mariam Kurien in Bengaluru, India on 18th November, 1984. She was born to Omana Kurian and Kurian Kodiyattu who hail from a noble Kodiyatt family.

She has an elder brother named Leno who lives in United Arab Emirates. As Nayanthara’s father was associated with Indian Air Force, she studied in numerous parts of India, predominantly in North India.

She completed her schooling in Gujarat, Jamnagar and Delhi. She attended Balikamadom Girls Higher Secondary School and subsequently joined Marthoma College, Thiruvalla with the intention of earning her bachelor’s degree with a major in English Literature.

Nayanthara was in a relationship with Silambarasan after they worked together in Vallavan. However, their relationship ended after a few years.

She was brought up as a Syrian Christian. On 7 August 2011, she embraced Hinduism at the Arya Samaj Temple in Chennai. She has gone through Shuddhi Karma, a procedure involving a Vedic purification and a Homam where she chanted the hymns from the Veda and the Gayatri Mantra under the guidance of the priest. After the purification ceremony, a certificate of conversion to Hinduism was issued to her, and her stage name, Nayanthara, became her official name.

She made her acting debut in the 2003 Malayalam film Manassinakkare with Jayaram. She made her debut in Tamil cinema with Ayya (2005) and Telugu with Lakshmi (2006). Both were successful. After this she had numerous commercially successful Tamil, Malayalam and Telugu films.

Some Facts About Nayanthara