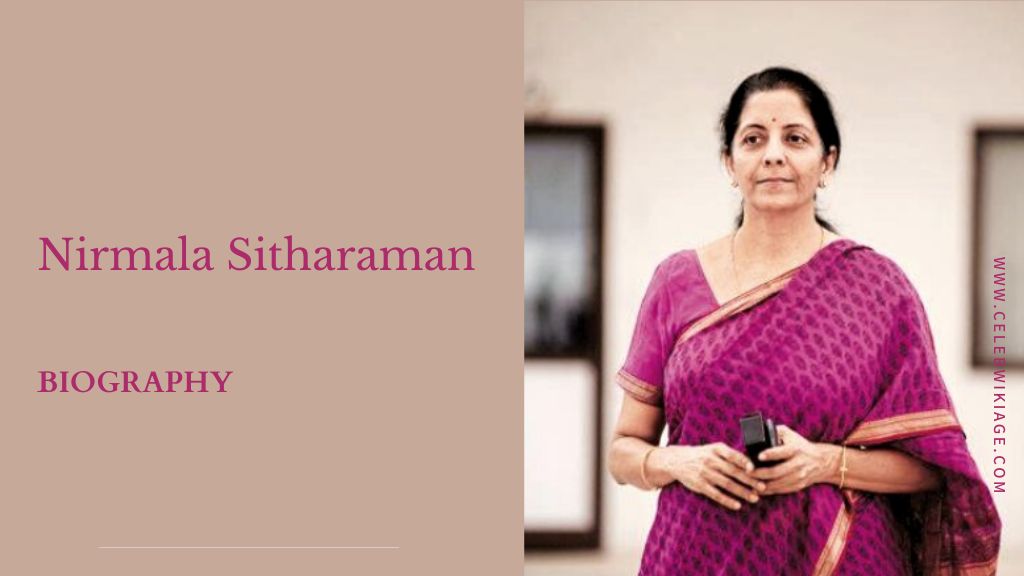 Nirmala Sitharaman is an Indian politician who is also the current Finance Minister Of Government Of India who also serves as the Minister of Corporate Affairs of India.

Nirmala Sitharaman has been a Rajya Sabha MP since 2014. Prior to this, she has served as the Defence Minister of India, Minister of State for Finance and Corporate Affairs (Ministry of Finance) and Minister of Commerce and Industry.

Finance Minister Nirmala Sitharaman presented her fourth Budget 2022 on 1 February 2022, making her the first woman finance minister to do so. She is the first full-time woman Finance Minister of India and the second woman after former PM Indira Gandhi to present the Union Budget.

Nirmala was born on 18 August 1959 in Madurai to Savitri and Narayanan Sitharaman. Sitharaman’s father was from Musiri, Tiruchirappalli, and her mother’s family had its roots in Thiruvenkadu and Thanjavur and Salem districts of Tamil Nadu. Nirmala Sitharaman was born in a Tamil Iyengar Brahmin family and her father was an Indian Railway employee.

Nirmala Sitharaman met her husband Parakala Prabhakar while studying in JNU. Despite having different political ideologies, the couple got married in the year 1986 and have a daughter named Parakala Vangmayi.

In 2006, Sitharaman joined the Bharatiya Janata Party (BJP) and became the national spokesperson of the BJP in 2010. In 2014, after the BJP won the election, Nirmala Sitharaman was appointed as a junior minister in Narendra Modi’s cabinet. In June 2014, Sitharaman was elected as a Rajya Sabha MP from Andhra Pradesh. In May 2016, he contested and won the Rajya Sabha election from Karnataka seat.

On September 3, 2017, Sitharaman was appointed as the Defense Minister. She is the second woman after Indira Gandhi to hold the position and the first to hold it full-time.

On May 31, 2019, Sitharaman joined the office as the Minister of Finance and Corporate Affairs and is India’s first full-time woman Finance Minister. On July 5, Sitharaman presented her first budget in Parliament. On February 1, 2020, he presented the Union Budget 2020-21.

India reached the mark of a $3.1 Trillion economy under her leadership.

Nirmala worked as a salesperson at Habitat (a home decor store in London). He also worked as an assistant to the Economist of the Association of Agricultural Engineers (UK).

He has also served as a Senior Manager (Research and Development Department) for PwC (PricewaterhouseCoopers) and the BBC World Service. She was also a member of the National Commission for Women.

Who is Nirmala Sitharaman’s husband?

What is the name of Nirmala Sitharaman’s father?

What is the name of Nirmala Sitharaman’s children?