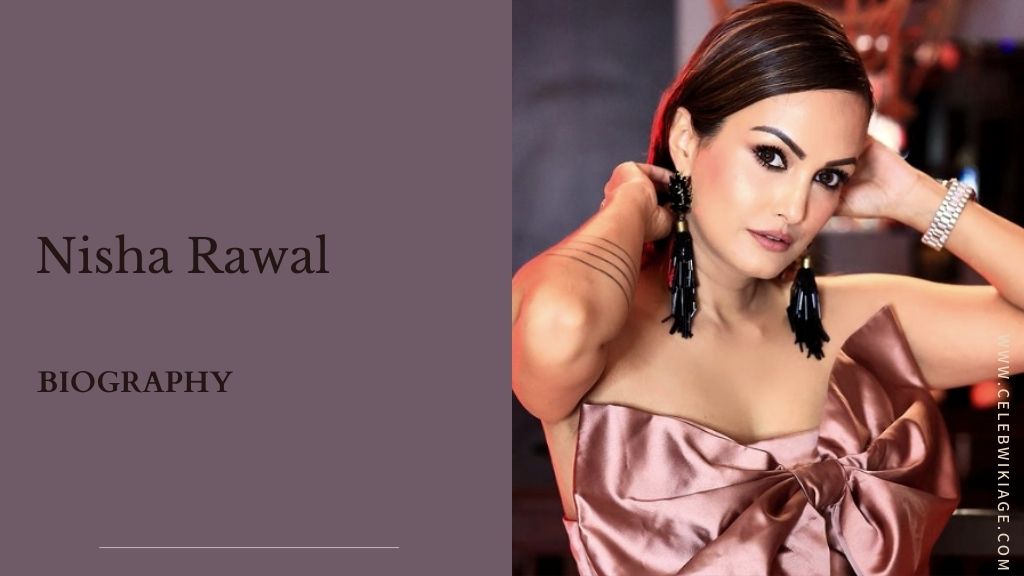 Nisha Rawal is an Indian actress, model and singer. She is popularly known for playing the role of ‘Saumya Dewan’ in Life OK’s TV serial “Main Laxmi Tere Aangan Ki” (2011-2012).

Nisha Rawal was born on 18 November 1980 in the city of Mumbai, Maharashtra. She grew up in a middle-class family in Mumbai. Not much is known about her father. His mother’s name is Lakshmi Rawal. He has a younger brother.

Nisha was a science student during her college days. She was inclined towards singing since childhood and took professional singing training from Pandit Sanjay Mishra in her teens.

When she was in college, Nisha’s relatives and friends often advised her to try her luck in modeling. When Nisha was 16 or 17, she got her first portfolio shoot done.

Nisha Rawal first met Karan Mehra (Actor) on the sets of Bollywood movie “Hasti Haste” (2008). Soon both fell in love and started dating each other.

The couple dated for almost six years and tied the knot on 24 November 2012 at Karan’s Noida residence. Together, they have a son named Kavish Mehra, who was born on 15 June 2017.

There were rumors of trouble in their marriage in 2021. Although initially both denied it. Later, things turned ugly when Nisha filed a police complaint against Karan, alleging that Karan pushed her against the wall causing a head injury.

She also accused Karan of extra marital affair. Following her complaint, Karan is arrested by the Goregaon Police. He was later released on bail. Reportedly, the couple is going through divorce proceedings in a family court.

Nisha started her career as a model. She has appeared in TV commercials for brands such as Sunsilk, Coca-Cola, Fem Bleach and Lacto Calamine.

Nisha made her television debut in 2001 with the TV serial “Aane Wala Pal”.

After that he played the role of ‘Saumya Deewan’ in the TV serial “Main Laxmi Tere Aangan Ki” (2011), due to which people started recognizing him and he got a lot of recognition due to this serial.

Nisha has since appeared in a few music videos like Chanda Ki Doli Mein (2011) by Sonu Nigam.

In 2012, she participated in the dance reality show “Nach Baliye: Season 5” along with her husband Karan Mehra.

The next year, the husband-wife duo participated in the reality TV show “Nach Baliye Shriman v/s Shrimati”. In 2020, Nisha played the role of ‘Chanda Rathore’ in the TV serial “Shaadi Mubarak”.

In the year 2022, Nisha appeared in a reality program Lock Up, which would be presented by famous actress Kangana Ranaut. The show was produced and produced by the show’s producer Ekta Kapoor.

In 2021, Nisha had accused her husband Karan Mehra of pushing him off a wall and getting a head injury after a fight between the two.

Nisha lodged a complaint against Karan at the Goregaon police station, after which Karan was arrested by the police. He was later released on bail. However, Karan denied the allegations and alleged that it was Nisha who entered his room and started shouting and spitting at him.

He said a big fight broke out as he refused to pay the “heavy” alimony demanded by his wife.

He also said that he did not harm Nisha physically, instead he himself hit her head with a wall and threatened to malign her image.

When did Nisha Rawal get married?

Who is Nisha Rawal’s husband?

How many children does Nisha Rawal have?