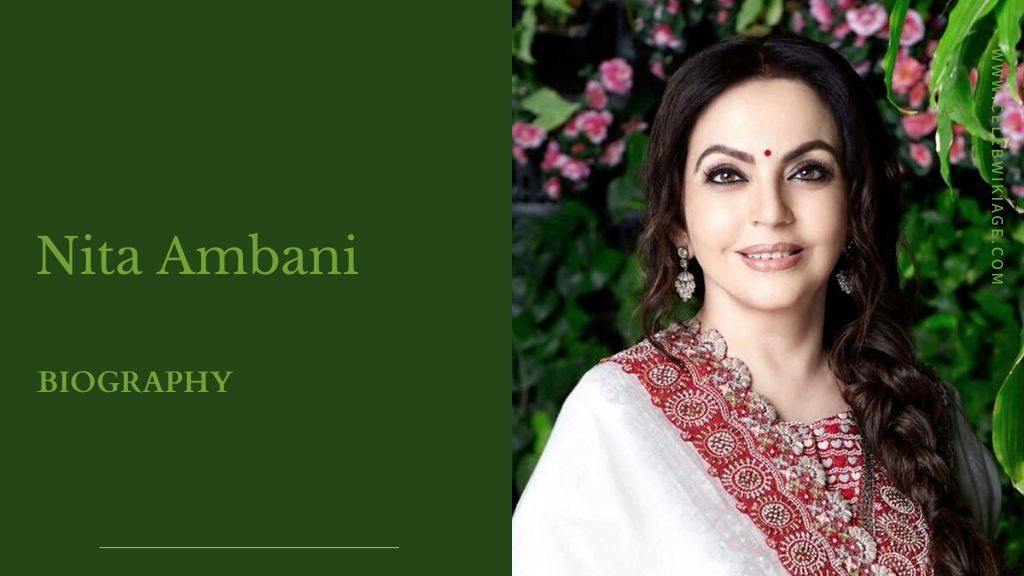 Nita Ambani is an Indian philanthropist. She is the chairperson and founder of the Reliance Foundation, Dhirubhai Ambani International School and a director of Reliance Industries. She is married to Reliance Industries chairman and managing director Mukesh Ambani. She is also an art collector and owner of the Indian Premier League cricket team Mumbai Indians.

Nita Ambani was born on 1 November 1963 in a middle-class Gujarati family in Mumbai to Ravindrabhai Dalal and Purnima Dalal. She has a sister, Mamta Dalal, who works as a school teacher.

She completed her bachelor’s degree in Commerce from Narsee Monjee College of Commerce and Economics, and took up Bharatnatyam from an early age and grew to become a professional Bharatanatyam dancer.

She met Mukesh Ambani when she was a school teacher and married him in 1985. After marriage, she worked as a teacher for a few years.

Nita lives in the skyscraper private building, Antilia which is also the second most luxurious and expensive house.

They have two sons and a daughter. Akash Ambani and Isha Piramal are the elder children and Anant Ambani is younger.

Nita Mukesh Ambani is the founder and chairperson of Reliance Foundation, the CSR arm of Reliance Industries.

She is also the owner of Mumbai Indians. In 2014 she was elected to the board of Reliance Industries.

For her initiatives on grassroot sports, Ambani received the ‘Rashtriya Khel Protsahan Award 2017’ from the President of India. She is the recipient of the award for Best Corporate Supporter of Indian Sports, given by the Times of India.

Some Facts About Nita Ambani