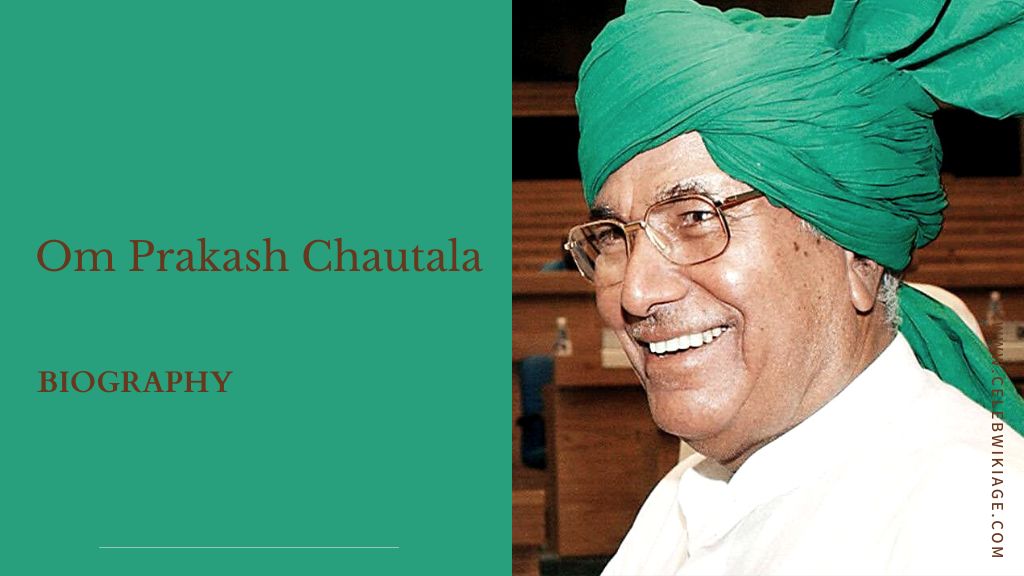 Om Prakash Chautala is the son of former Haryana Chief Minister and sixth Deputy Prime Minister Chaudhary Devi Lal from the Indian National Lok Dal. Om Prakash was convicted in the JBT recruitment scam in 2012 and sentenced to 10 years in Tihar Jail. .

Chautala was released from jail on 2 July 2021, although he had more than two months left in his sentence.

Currently, Chautala’s name is making headlines, mainly because of his biopic titled Tenth and Om Prakash Chautala’s character is being played by Abhishek Bachchan. The film Dasvi will stream on Jio Cinema and Netflix from 7 April.

He was the eldest child of his parents. When his father Chaudhary Devi Lal was in jail fighting for the rights of farmers, being the eldest member of the family after his parents, he had to leave his studies midway to fulfill his responsibilities.

In 1977, he was caught at the Delhi airport in a case of smuggling wristwatches. When his father came to know about this, he refused to accept him as his son for years.

In his early days Om Prakash Chautala was forced to discontinue his studies during his school days due to family compulsions. When Om Prakash was studying in school, his father was put in jail. Who would look after the big family, who would look after the farming, these were some of the issues which Om Prakash Chautala, being the eldest member of the family after his father Devi Lal, had to handle. “This forced him to leave his studies midway and the responsibility of educating his younger siblings also fell on him. Later, he himself entered politics and found little time for his studies.

Later, when Chautala was imprisoned for the scam in the recruitment of teachers, he passed his class 10 and class 12 from the National Open School from jail. Now he is once again looking forward to doing B.A.

His eldest son Ajay Singh Chautala became MLA from Dabwali, Haryana in 2009, who is in jail with his father in 2012.

His younger son Abhay is an MLA from Ellenabad who has also been the Leader of the Opposition in the Haryana Legislative Assembly from October 2014 – March 2019.

The timeline of the case was as follows:

Where was Om Prakash Chautala born?

How many brothers does Om Prakash Chautala have?

When was Om Prakash Chautala released from jail?