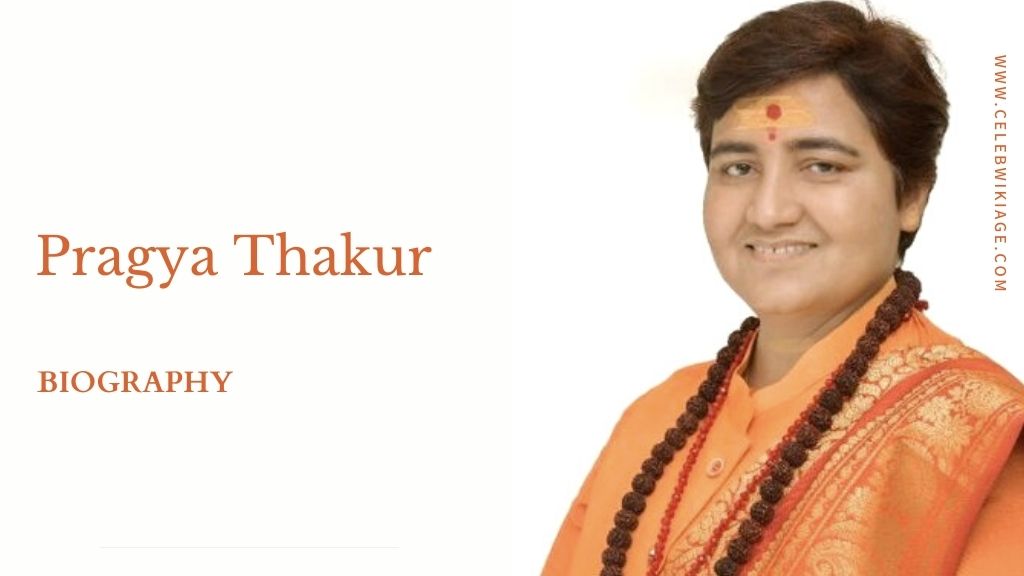 Pragya Thakur or Sadhvi Pragya is a Hindu nationalist and an Indian politician. She is a member of Bharatiya Janata Party (BJP). She remains in the discussion about her controversial statements every day.

BJP fielded her against Congress leader Digvijay Singh in the 2019 general election from Bhopal Lok Sabha constituency. But for the last 10-12 years she has been the subject of discussion for many reasons.

Pragya Thakur was born in 1971 in Bhind city of Madhya Pradesh. Her father, CP Thakur was a government employee in the Agriculture Department as a ‘protester’.

She received her primary education from her village Lahar. For further studies, she enrolled at Lehar Degree College in Bijpura city of Madhya Pradesh from where she obtained her MA degree in History. When she was in college, she was considered a good speaker.

Under the influence of her father, she joined the RSS group and became an active member of ABVP, the student wing of the RSS. Sadhvi has also worked in Durga Vahini, the women’s wing of Vishwa Hindu Parishad (VHP). However, she is known for her provocative speeches and being the star campaigner of the BJP. In the 2019 general election, he won from Bhopal Lok Sabha constituency against Congress leader Digvijay Singh.

She was a prime accused in the 2006 Malegaon bomb blasts near a mosque in which two bombs exploded in Maharashtra and one in Gujarat. About 6 people died and more than 100 were injured. He was arrested and imprisoned for 9 years. However, she was acquitted of the charges in 2017.

Sadhvi Pragya was also accused in December 2007 of murdering BJP MLA Sunil Joshi, who had proposed marriage to her but she refused. She was held responsible for the accident along with seven others and arrested but was freed in 2017.

She remains in the media for her provocative statements. In 2018, during a speech, he referred to Sonia Gandhi as ‘Italy Wali Bai’ (maid from Italy).

On 19 April 2019, she sparked controversy in a press conference. She said that when she was arrested in the Malegaon bomb blast case, they had asked 26/11 hero Hemant Karkare to release her; Because he had no evidence against him, but he refused. He then cursed Hemant Karkare that he would perish and notably, he died just two months later in the Mumbai terrorist attack.

On 1 May 2019, she made a comment on the Babri Masjid demolition, she said, “We have removed a bolt from the country. We went to demolish the structure. I am very proud that God gave me this opportunity and I could do it. We will ensure that Ram Mandir is constructed at that place. The Election Commission condemned her remarks and banned her from campaigning for 72 hours as she was seeking votes on religious grounds.

In May 2019, she made a comment on Nathuram Godse, the assassin of Mahatma Gandhi. He called Godse a patriot. On her remark, Prime Minister Narendra Modi said that he would never forgive Pragya Thakur for insulting Mahatma Gandhi. BJP president Amit Shah also asked him to clarify her remarks within ten days.

In July 2019, she made a controversial statement about Narendra Modi’s Swachh Bharat Mission. Speaking to BJP workers in Sehore, Madhya Pradesh, she said, “We have not been elected to clean your drains, okay? We are not chosen to clean your toilets, please understand. I will honestly do the work for which I have been selected, I have said this before.