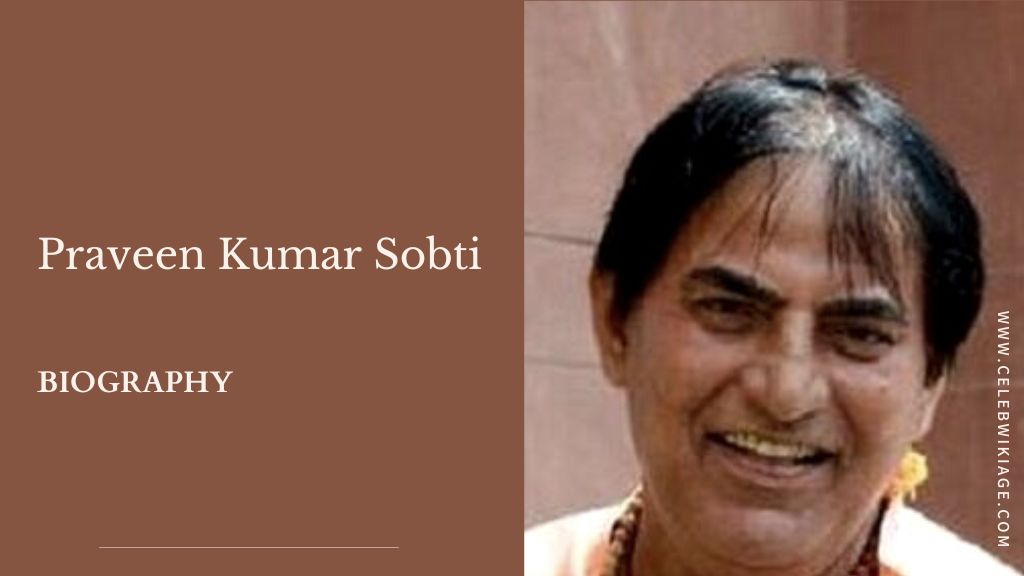 Praveen Kumar Sobti was an Indian actor, politician and athlete. He is best known for playing the role of ‘Bheem’ in the famous television series Mahabharat (1988). Praveen Kumar Sobti passed away on 07 February 2022 at his Delhi home due to a heart attack.

Apart from playing the role of Bheem, which made him a household name, Praveen Kumar Sobti also starred in several films including the Amitabh Bachchan-starrer Shahenshah and Dharmendra’s Loha. Other films to his credit include Aaj Ka Arjun, Ajooba and Ghayal.

Praveen Kumar Sobti was born on Saturday, 6 December 1947 in Sarhali Kalan, Punjab. He did his schooling from a government school in Sarhali Kalan. While in school, he started participating in inter-school sports.

When his sports teacher noticed his strength in sports, he started sending him to sporting events at zonal and state level. He was so good at sports that his name cropped up for the disc throw in the 1966 Commonwealth Games.

Praveen Kumar Sobti belongs to a Hindu Family. Not much is known about his parents. He has 4 brothers and 1 sister. he’s married. His son is an employee of Jet Airways of India. Perhaps very few people know that his daughter Nipunika Sobti was once engaged to Akshay Kumar, who later went for some reason.

Praveen started his career as an Indian hammer and discus thrower in the 1960s. Being tall, he dominated the game for many years.

Praveen made his film debut in 1981 with the Bollywood film “Raksha”, in which he played the role of ‘Gorilla’ (a bigoted henchman, inspired by the jaws of The Spy Who Loved Me). He also did a similar role in the film “Meri Awaaz Suno”.

In the year 1988, he earned immense popularity by playing the role of “Bheem” ​​in BR Chopra’s popular TV series “Mahabharat”.

Kumar started his political career by joining the Aam Aadmi Party (AAP) in 2013.

In the same year, he contested the Delhi Assembly elections from the Wazirpur constituency, but lost. Thereafter, he left the AAP and joined the Bharatiya Janata Party (BJP) in 2014.

Some Facts About Praveen Kumar Sobti