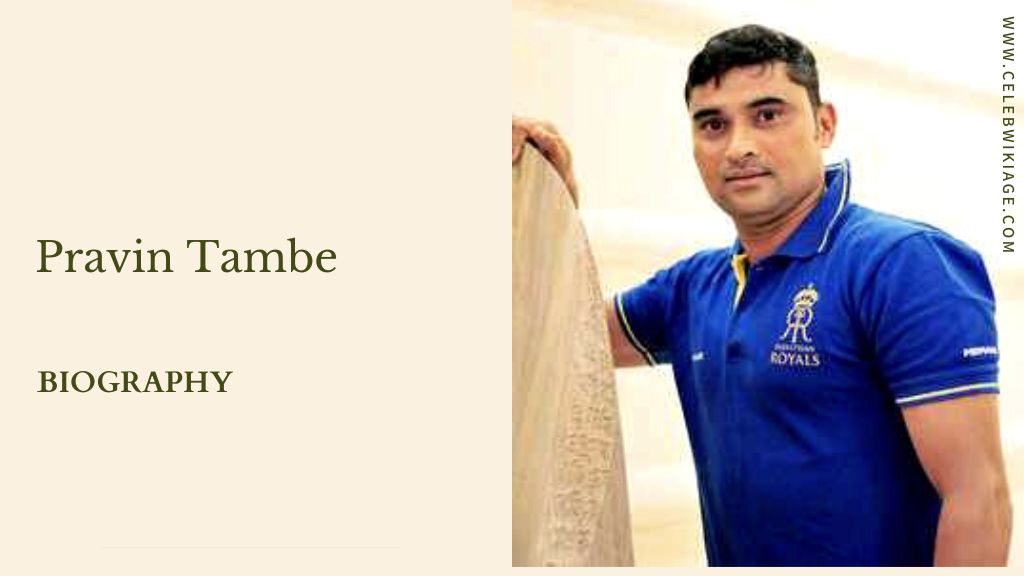 Pravin Tambe is an Indian cricketer. Tambe is the first cricketer who was selected to play cricket in IPL for the first time at the age of 41.

His father also used to play cricket for the team named Johnson & Johnson. Tambe used to accompany his father to sports, from where he took interest in cricket.

Tambe was part of the Orient Shipping team from 1994 to 2004. Initially he was a fast bowler. But Ajay Kadam, his captain at Orient Shipping, advised him to go for leg spin. Tambe found great success in this new specialty, and has never looked back since then.

In 2004, Orient Shipping closed its business. Along with this the cricket team also came to a standstill. After that Tambe went towards DY Patil.

He used to play in the club on Saturdays and Sundays in the week and did his job during the rest of the day. , He worked hard to make his mark in the Mumbai club cricket structure but failed to do so for many years. He has worked as Liaison Officer during the matches at DY Patil Stadium.

Tambe got a chance in the IPL in 2013, when Rajasthan Royals signed him.

Rahul Dravid and Paddy Upton showed him there and guided him.

After a domestic T20 tournament, DY Patil’s sports director Abe Kuruvilla told Tambe that the Royals had tracked him down.

In the trails, Tambe bowled exceptionally well. Not a single batsman could play a big shot against his spin. That’s when Rahul Dravid said that he doesn’t care about his age, but it is his art that has impressed him.

With the Royals getting a temporary suspension, Tambe shifted base to Gujarat Lions.

Currently he is part of Kolkata Knight Riders.

Tambe made his T20 debut on 7 May 2013 against Delhi Daredevils (now Delhi Capitals). He didn’t get a single wicket.

He made his first-class debut six months later, in a Ranji Trophy game against Odisha. He did not get a single wicket in the first innings, but in the second, both Odisha openers Girija Raut and Govinda Poddar were dismissed.

His List A debut was in the 2017 Vijay Hazare Trophy game against Gujarat. He took the wickets of Chirag Parmar and Jasprit Bumrah in this game.

A biopic based on his life is slated to release on Disney+ Hotstar on 1 April 2022. In this biopic film named “Kaun Pravin Tambe” actor Shreyas Talpade has been roped in to play the role of Pravin Tambe.