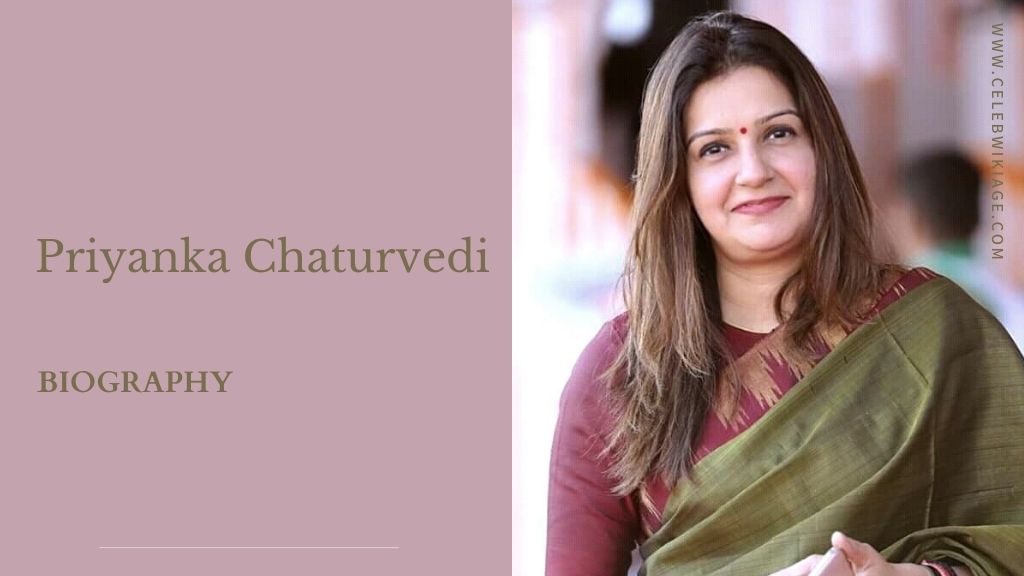 Priyanka Chaturvedi is an Indian politician serving as Member of Parliament, Rajya Sabha from Maharashtra and Deputy Leader of Shiv Sena. Prior to this, she was a member and one of the National Spokespersons of Indian National Congress.

She has also been a columnist for Tehelka, Daily News and Analysis and Firstpost. As a trustee of two NGOs, she works to promote children’s education, women’s empowerment and health. She also runs a book review blog which is amongst the top ten weblogs on books in India.

Priyanka Chaturvedi was born on 19 November 1976 and raised in Mumbai. Her family comes from Uttar Pradesh. She attended St. Joseph’s High School, Juhu in 1995, graduating in Commerce from Narsee Monjee College of Commerce and Economics, Vile Parle in 1999. She is married to Vickram Chaturvedi and has two children.

Chaturvedi started her career as Director of MPower Consultants, a Media, PR and event management company. She is Trustee of Prayas Charitable Trust which runs two schools to provide education to over 200 under-privileged children. In 2010, she was selected as a participant in ISB’s 10,000 Women Entrepreneurs Certificate programme, a global initiative supported by the Goldman Sachs Foundation for women entrepreneurs.

She joined Congress in 2010, becoming General Secretary of the Indian Youth Congress from North-West Mumbai in 2012.

Chaturvedi has a significant presence in social media and is known for defending the policies of the opposition Congress party on Twitter.

On 17 April 2019, she posted on Twitter to express her dismay about UPCC (Uttar Pradesh Congress Committee) reinstating some party workers who were earlier suspended for their unruly behaviour with her.

On 19 April 2019 she joined Shiv Sena in the presence of Uddhav Thackeray and Aditya Thackeray. At the time of joining Shiv Sena she expressed to work as a common Shiv Sainik under the leadership of Uddhav Thackray.