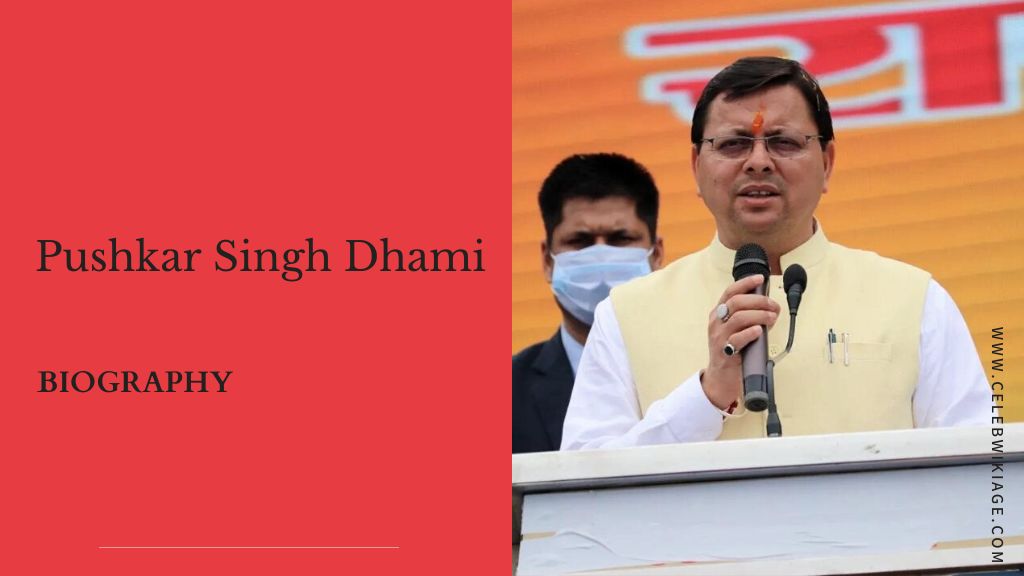 Pushkar Singh Dhami is an Indian politician and a member of the Bharatiya Janata Party. He is set to continue as the Chief Minister of Uttarakhand. The oath ceremony as the 11th CM of Uttarakhand is take place on March 23, 2022 (Wednesday). On March 21, 2022, the decision was announced after the meeting of the BJP’s legislature party in Dehradun.

He was born on September 16, 1975, in the Tundi village of Pithoragarh district of Uttarakhand. Harkhola is the ancestral village. His family moved to Tundi village, and he studied there till his 5th standard. Then, he and his family moved to Nagla, Tarai Bhabar, Khatima. His father was a retired Subehdar in the Army.

He completed his graduation in Human Resource Management and Industrial Relations from Lucknow University. Then, he pursued his LLB from the University of Lucknow. In 2001, when Koshiyari was serving as the Chief Minister of Uttarakhand, he served as an adviser and officer on special duty to Bhagat Singh Koshiyari.

He was the only son after three sisters, and so the responsibilities surrounding the family always remained high. He was married to Geeta Dhami.

Since childhood, he did social work. In Lucknow University, Pushkar Singh Dhami played a crucial role in the operation of the education system.

From 2002 to 2008, he was the president of the BJP’s Uttarakhand Yuva Morcha twice. At this point in time, he was also credited with asserting that the state government should restore 70% of the opportunities for the local youth in the industries of the state.

Pushkar Dhami has so far successfully contested twice from the Khatima seat in Udham Singh Nagar. The margin of victory was just 2,709 votes in 2017. As per the election commission data, Pushkar Dhami, in the last assembly election, secured 36.92 percent of the votes, and runner-up Congress candidate Kapri received 33.53 percent of the votes.

But in 2012, the margin was comparatively larger. He had then defeated Congress candidate Devendra Chand by a margin of 5,394 votes.

In the legislative election of 2022, he lost to the Congress candidate, Bhuwan Chandra Kapri, from the Khatima constituency of the Uttarakhand legislative assembly.

Despite losing his seat from the Khatima constituency, Pushkar Singh Dhami will take the oath as 11th Chief Minister of Uttarakhand. The oath ceremony is take place on March 23, 2022 (Wednesday). For a second consecutive term, the Bharatiya Janata Party retained power in Uttarakhand.