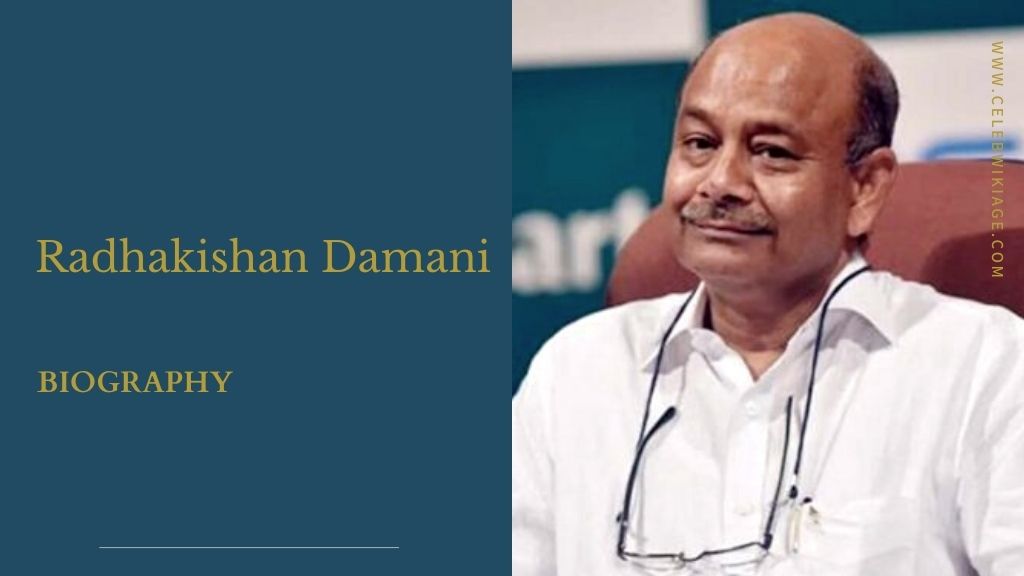 Radhakishan Damani is an Indian billionaire investor, businessman and the founder of DMart. He also manages his portfolio through his investment firm, Bright Star Investments Limited. On 19th Aug. 2021, he was ranked #98 richest person in the world by Bloomberg Billionaire Index.

Radhakishan was born in 1954, into an Indian Marwari family. His father, Shivkishanji Damani, was also part of the stock-market business. Radhakishan has a brother named Gopikishan.

Radhakishan attended the ‘University of Mumbai’ to pursue BCom but dropped out to start his career as a businessman.

Radhakishan has three daughters. One of his daughters, Manjri Chandak, is the manager of ‘DMart.’ Radhakishan’s brother, Gopikishan, and his wife also help in the promotion of the hypermarket.

Radhakishan lives a simple life and barely interacts with the media. He also avoids public gatherings. The soft-spoken ‘DMart’ owner is often called “Mr. White,” as he mostly dresses in white trousers and white shirts.

Radhakishan closed his business and joined his brother, who was already part of the stockbroking business. Radhakishan was then in his late 20s then and had no practical knowledge about the business. Hence, Radhakishan’s first move was to observe and learn the functioning of the stock market. He began speculating and made his first stock-market investment at the age of 32.

However, Radhakishan soon realized that mere speculation would not help him establish himself in this risky business. He then began learning ways to invest and grow capital. During that phase, Radhakishan was profoundly influenced by Chandrakant Sampat, a value investor whom he had met in the early 1990s. Radhakishan had a few initial failures, as he lost some of his initial bets. Since then, he decided to make long-term investments. Soon, he began to succeed.

Radhakishan Damani enriched his experience of the stock market by watching Manu Manek, the dreaded market operator of that time who ruled ‘Dalal Street’ in the 1980s. Radhakishan analyzed the operational strategies of Manek (often referred to as “The Cobra” by the brokers who disliked him) closely. It took him a few years to apply Manek’s strategies practically. This later helped him overpower Harshad Mehta, the mastermind of the 1992 ‘Securities Scam,’ which is known as one of the biggest scams in the history of the Indian stock market.

From the late 1980s to the early 1990s, a period considered as the dark phase of the Indian stock market, Radhakishan combated Harshad in the business. To defeat the most powerful trader of ‘Dalal Street’ of that time, Radhakishan, along with a chartist named Raju and a young greenhorn (rookie) investor, formed a nondescript group that was locally called the ‘triple-Rs.’

Harshad and the ‘triple-Rs’ first invested in ‘Apollo Tires,’ an Indian tire company. They soon realized that Harshad had bid high valuations for a tire company and began shorting the stock, according to their learnings from Manek. The stock-market battle between them continued for the next 2 years and was revealed in 1992, when Harshad was accused of a huge scam. Radhakishan ultimately won the battle and hence gained prominence in the stock market.

In 1998, Radhakishan and Harshad locked horns in the stock-market arena again. They now had eyes on the stocks of three companies, namely, ‘Videocon,’ ‘BPL,’ and ‘Sterlite.’ Ultimately, the prices fell by over 60%, and Radhakishan made huge profits. The profit was made primarily due to his “short-selling” technique, which was not a usual stockbroking style of that time.

During this phase, Radhakishan, for the first time, faced allegations from stock-market regulators. He came to know that a few small shareholders were unable to exit the market because of their financial position. Hence, Radhakishan bought shares from these investors at a negotiated price. This led to a payment crisis. Radhakishan thus sold off a portion of his holding at a discounted price. Following this, he was accused of hammering price. However, he was eventually given a clean chit.

Radhakishan Damani always had an affinity for consumer companies. He also had some experience in similar ventures, but as an investor. After quitting the stock-market business, Radhakishan founded ‘DMart.’

Back in 1999, Radhakishan and Damodar Mall, the CEO of ‘Reliance Retail,’ had bought a franchise of ‘Apna Bazaar,’ a Mumbai-based co-operative organization that had started in 1948. Radhakishan launched ‘DMart’ 2 years later. Following this, he also took over ‘Apna Bazaar.’ In 2002, he began ‘DMart’ with only one store in suburban Mumbai. He now has about 160 stores across the country.

‘DMart’s ‘Initial Public Offering’ (IPO) listing was made under its parent name, ‘Avenue Supermarts.’ It had an overwhelming opening on the ‘National Stock Exchange’ market and created a record. This placed Radhakishan on the list of the top 20 Indian billionaires. Following the March 2017 ‘IPO’ listing of ‘DMart,’ Radhakishan became India’s retail king. The success of ‘DMart‘ lies on its three pillars: its consumers, its sellers, and its employees.