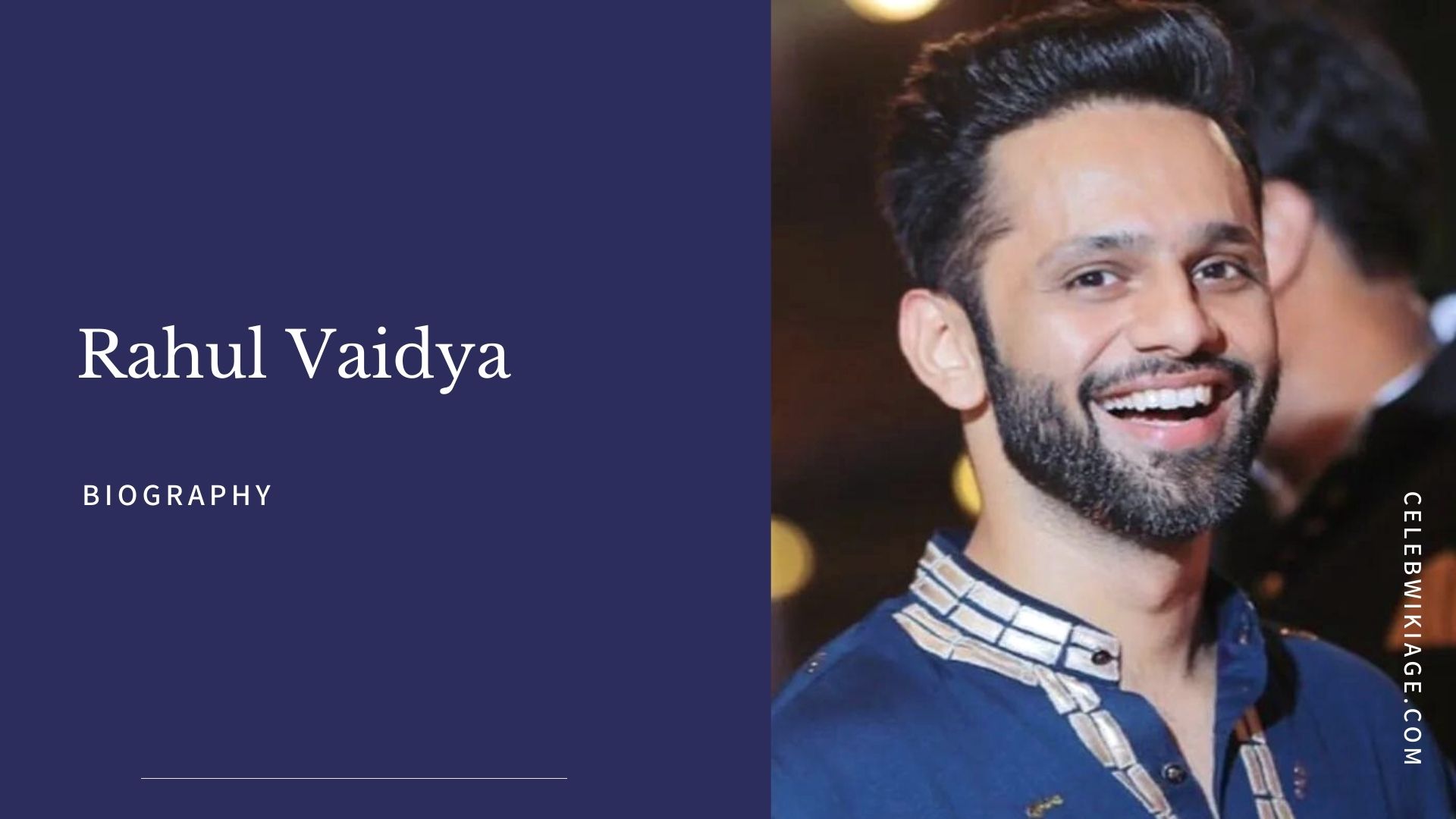 Rahul Vaidya is an Indian Playback Singer, who has worked predominantly in Bollywood. Mainly he is known as the second runner-up in Indian Idol Season 1.

Rahul Vaidya was born on 23 September 1987 in Nagpur Maharashtra, his father Krushna Vaidya is an engineer by profession who is working in Maharashtra electricity Board, his mother’s name is Geeta Vaidya, she is a housewife. She has an elder sister whose name is Shruti Vaidya. The name of Rahul Vaidya’s wife is Disha Parmar. Rahul Vaidya  proposed to Disha Parmar in Bigg Boss. Rahul Vaidya’s name has also been allegedly associated with singer Alka Yagnik’s daughter Saisha Kapoor earlier.

He received his primary education at Hansraj Moji Public School in Mumbai, Maharashtra. He then joined Mithibai College, Mumbai, where he completed his graduation.

From childhood, he was inclined towards music. During his childhood, when Rahul Vaidya was singing a hymn to Lord Ganesha at a local event, his singing talent and ability was first recognized by his mother. Then his mother inspired him to sing and later Rahul Vaidya started learning the art of music from famous Indian singers Suresh Wadkar and Padma Wadkar. Later he also learned music under the guidance of Himanshu Manocha. In his school, he used to participate in music competitions. As a child, Rahul participated in various reality TV-shows and also contributed for TV commercials and jingles. He will also participate in other music competitions.

In 2005, when he was in his 12th grade, he got a chance to participate in the first season of the singing reality TV series Indian Idol, where he finished as runner-up. In the same year, he released his debut album “Tera Intezaar” composed by Sajid-Wajid.

Thereafter, he sang two duets “Hello Madam, I’m Your Adam” for the Bollywood film Shaadi No. 1 with “God Promise Dil Dola” with fellow Indian Idol runners-up Prajakta Shukre and Shreya Ghoshal. He was the singer of the title song of the play “Ek Ladki Anjani Si”.

In 2007, Rahul anchored the show “Jhoom India” to be aired on Sahara TV channel. In 2008, he participated in the first season of “Jo Jeeta Wohi Superstar”, a reality singing TV show aired on Star Plus, where he emerged as the winner. He hosted the Star Plus show “Aaj Mahi Ve” along with his co-host Vineet Singh.