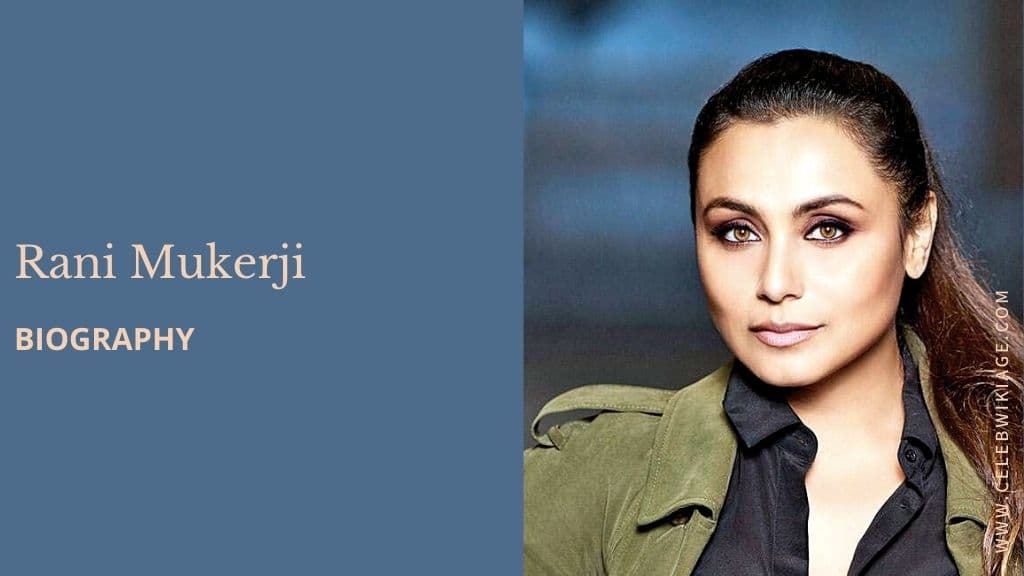 Rani Mukerji was born on 21 March 1978 in Mumbai city of Maharashtra to father Ram Mukherjee and mother Krishna Mukherjee. Rani belongs to a film family, and most of her family members are associated with the Bollywood industry.

On 21 April 2014, Rani tied the knot with Aditya Chopra in a secret ceremony in Italy. The couple has a daughter Adira, who was born on 9 December 2015.

Rani received her early education from Manekji Cooper High School in Juhu, after which she joined SNDT Women’s University, Mumbai to complete her further studies where she obtained her bachelor’s degree in Home Science.

Rani met Govinda on the sets of Had Kar Di Aapne (2000) and as per sources, they started dating each other. According to rumors, the actor spent a lot of money on gifting the Rani with diamonds, expensive cars, and a luxurious flat.

Rani Mukerji started bonding with Abhishek Bachchan while shooting for Yuva and Bunty Aur Babli together. Their rumored love came to an end when Abhishek went ahead and married Aishwarya Rai.

Rani Mukerji started her film career in the year 1997 with the film Raja Ki Aayegi Baaraat which was released at the box office. But his film proved to be a flop.

In 1998, she starred in Vikram Bhatt’s Ghulam opposite Aamir Khan. Though her role in the film was small but she gained a lot of popularity with her song Aati Kya Khandala.

The co-actress role in the film Kuch Kuch Hota Hai was first written for Twinkle Khanna, wife of Akshay Kumar, but Twinkle was busy doing other films and she refused Karan Johar to act in the film, so Johar Rani Mukerji was signed at the behest of Shah Rukh Khan and filmmaker Aditya Chopra.

The film Kuch Kuch Hota Hai proved to be a success for Rani Mukerji; It grossed over ₹1.03 billion and won eight Filmfare Awards, becoming the highest-grossing Hindi film of that year.

Thereafter, she appeared in Saathiya, which proved to be a turning point in her career. Subsequently, she starred in Hum Tum, Yuva, and Veer-Zaara.

Her latest film in the year 2021 was Bunty Aur Babli 2 which is a comedy film produced by Aditya Chopra, husband of Rani Mukerji.

What is the height of Rani Mukerji?

The height of Rani Mukerji is 5 feet 3 inches.

Who is the father of Rani Mukerji?

Rani Mukerji’s father Ram Mukherjee was a former film director and one of the founders of Filmalaya Studios.

How many children does Rani Mukerji have?

Which is the first film of Rani Mukerji?