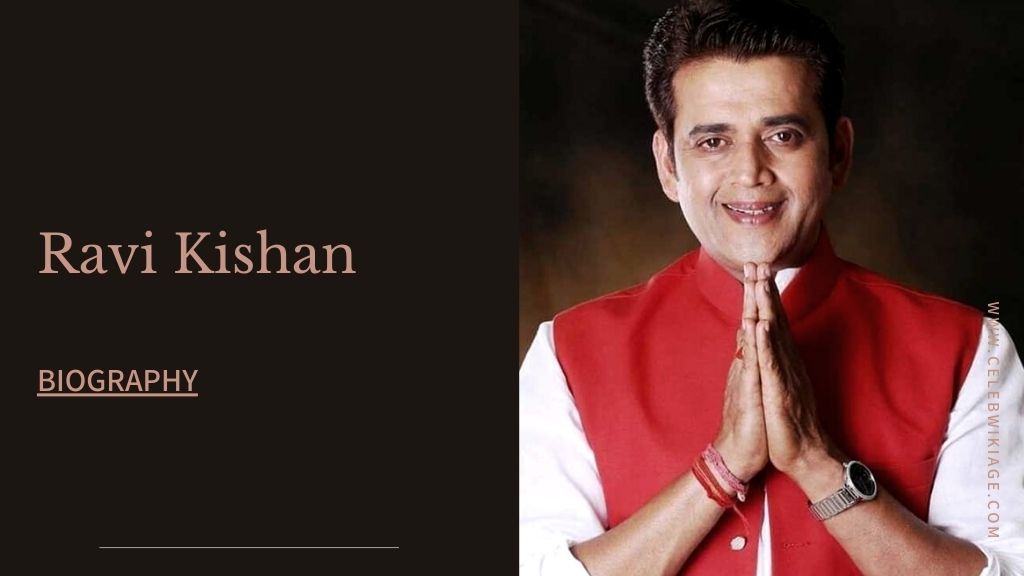 Ravi Kishan is an Indian actor. He is active in Hindi and Bhojpuri films. He has stepped into politics from the 2019 Lok Sabha elections and is a Bharatiya Janata Party MP from Gorakhpur parliamentary constituency. He made his Hindi movie debut with Pitambar in 1992.

Ravi Kishan was born on 17 July 1971 in Jaunpur, Uttar Pradesh. He belongs to a very poor Brahmin family. His father was a priest in the village. Actor Ravi Kishan is married to Preeti. He has three daughters and a son.

Ravikishan is a very good artist of Bhojpuri. Although people still do not give much attention to Bhojpuri cinema. For which Ravi Kishan is trying hard that like Kollywood-Tollywood, Bhojpuri cinema should also get a good recognition.

Ravi Kishan and Ajit Singh starrer film Jala Deb Duniya Tuhra Pyar Mein was produced by an American company. The film was screened at the Cannes Film Festival. Apart from Bhojpuri films, he also hosts Bhojpuri serials. In which Bathroom Singer includes more than one similar show. Actor Ravi got recognition in Hindi cinema from Colors’ reality show Big-Boss Season 6. He appeared as a participant in this show.

Kishan made his South Indian debut with the 2014 Telugu film Race Gurram. In 2017 he made his Kannada debut in Hebbuli and Tamil debut with Monisha En Monalisa. In 2018, he had a role in the film MLA.

Kishan joined Indian National Congress (INC) from Jaunpur constituency in Uttar Pradesh, and contested in the 2014 general elections where he secured only 42,759 votes or 4.25 per cent of the total votes and finished 6th. In February 2017, Kishan left the Congress Party and joined the BJP. On 15 April 2019 Bharatiya Janata Party released a candidate list for the 2019 general election. Ravi Kishan was named for Gorakhpur. He contested the 2019 general elections against Samajwadi party candidate, Kishan, winning by a lead of over 3,01,664 votes.

Some Facts About Ravi Kishan