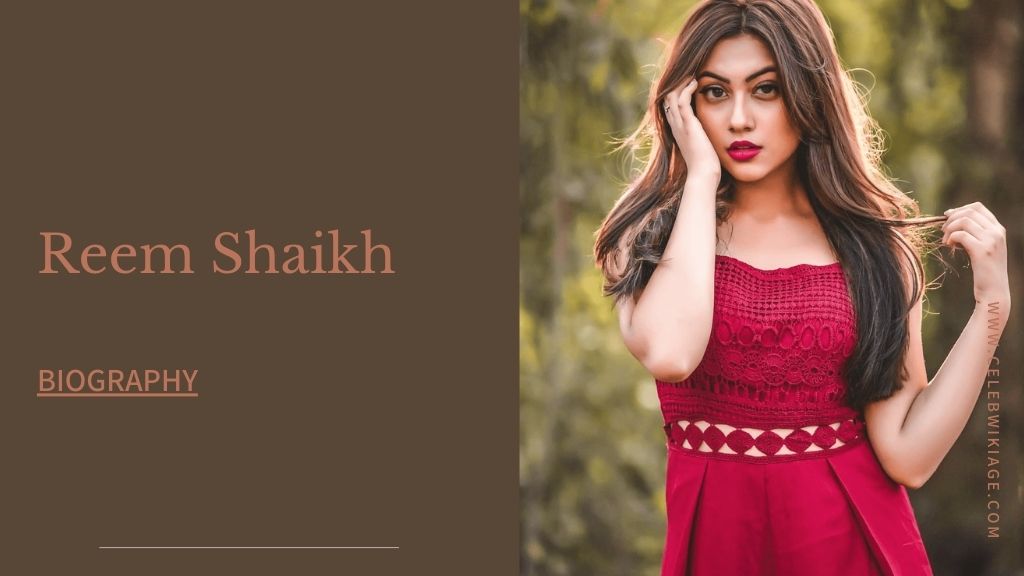 Reem Shaikh is very well known and talented film and TV actress who is active in Hindi film industry. In the industry she is famous for her works as a Malala Yousafzai in biopic titled Gul Makai. She debuted in tv industry with the the serial Neer Bhare Tere Naina Devi where she played the role of Laxmi. After that she got much popularity after working in Na Bole Tum Na Maine Kuch Kaha as a Rimjhim. She was also seen in Zee TV’s serial Tujhse Hai Raabta as a Kalyani Malhar Rane. As a result of her role in Tujhse Hai Raabta, she won the Gold Debut in Lead Role award for 2019.

In addition to working as a child artist in some popular TV shows and Hindi films, she has appeared in almost 100 TV commercials. In this article we will publish some interesting and unknown things about her early life and career.

Reem Shaikh was born on 8 September in Mumbai, Maharashtra. Sameer Shaikh is her father. He has a printing press in Mumbai, and her mother name is Sheetal Shaikh, is a housewife. Since her childhood they supported her to and played the very important role in her acting career. Reem doesn’t has any siblings.

She did her early schooling from Gyan Kendra Secondary School in Mumbai and at present she is doing her graduation in University of Mumbai.

When she was six years old, Reem Shaikh began acting in the movie Neer Bhare Tere Naina Devi. She is passionate about the Indian film and television industries, and she has always wanted to be a part of them. Her career in the television industry started at an early age, getting her popular as a child artist.

Reem started her initial career as a child artist. When she debuted in the television industry, she played the role of Goddess Laksmi in the TV series “Neer Bhare Tere Naina Devi”. After debut as a child artist she worked in some famous serials such as “Yeh Rishta Kya Kehlata Hai”, “Diya Aur Baati Hum”, “Na Bole Tum Na Mene Kuch Kaha Season 2” and “Chakravarti Ashoka Samrat”. Also, she has played the main lead character in some TV series such as “Tu Aashiqui” and “Tujhse Hai Raabta”.

She was also appeared as a guest role in famous Bollywood movie “Wazir” with Farahan Akhtar and Amitabh Bachchan. Additionally, in the year 2018 she was cast as the lead in the film Gul Makai where she played the role of Malala Yousafzai. In addition, she often appeared on the TV comedy show “Khatra Khatra Khatra”.

In 2022, Shaikh will be seen in Gul Khan’s Fanaa opposite Zain Imam and Akshit Sukhija.

Some Facts About Reem Shaikh