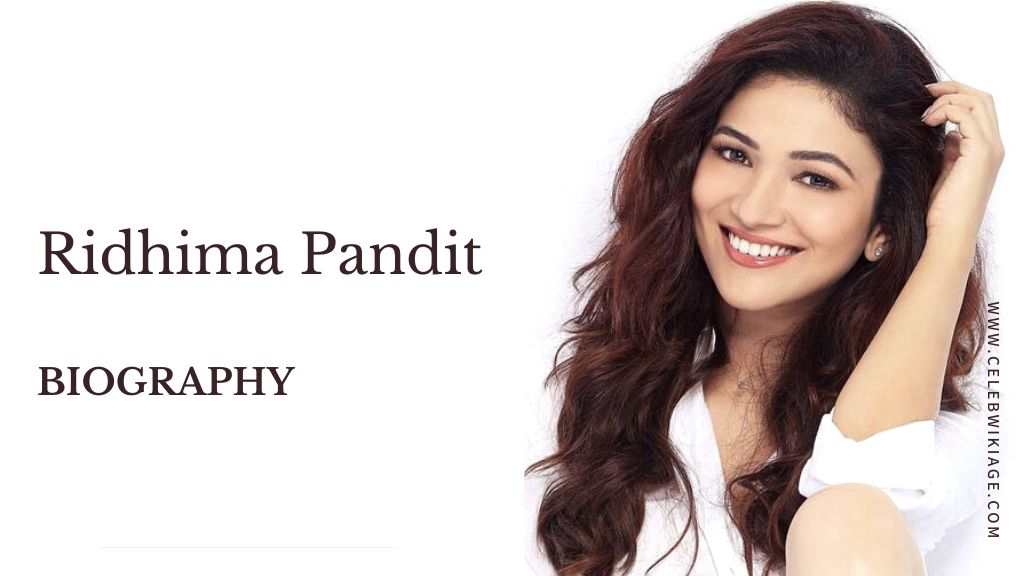 Ridhima Pandit is an Indian model and TV actress. In the year 2016, Riddhima came in the eyes of the people from the TV show Bahu Hamari Rajinikanth. Before appearing in TV shows, she used to do TV commercials modeling.

In 2019, she participated in Fear Factor: Khatron Ke Khiladi 9. Apart from this, she has also done modeling work for brands like Sunsilk, Fair and Lovely etc.

In the year 2021, Riddhima participated in Big Boss OTT.

Ridhima Pandit was born on 25 June 1990 in Mumbai Maharashtra to her Gujarati mother Jayshree and Maharashtrian father. In the year 2021, her mother died due to COVID 19 Pandemic. Ridhima had to work very hard to get into the TV line.

She always had a dream of becoming an actress and model in the glamor industry of Mumbai. She also attended Nadira Babbar acting school in Mumbai where she learned all her acting skills to pursue her childhood dream.

Before starting her career in modeling, Riddhima was working as a celebrity manager in Exide Entertainment. Due to continuous auditions, her hard work paid off and she started getting work as a model in commercials.

Riddhima started her career as a model. He has worked in advertisements for Sunsilk, Fair & Lovely, Dove, Harpic, Veet, Luminous, Set Wet and many more products.

She has worked as a model in more than 120 commercials so far. Due to modeling, she soon came to the attention of the people and she got a chance to work in TV series.

In the year 2016, Riddhima got a chance to make her career in TV serial when she got a chance to act in serial Bahu Hamari Rajni Kant published on Life OK channel. She came into the public eye for playing the lead role of a super humanoid robot in this show.

In 2017, Ridhima appeared in Sony Entertainment Television’s ‘The Drama Company’. The show was an Indian comedy show airing on Sony TV.

In 2017, she was signed by Star Plus to host her on the dance reality show “Dance Champions” along with dancer Raghav Juyal.

After a year, in the year 2018, Riddhima got a chance to act in the ALT Balaji romantic web series ‘Hum I Am Because Us’ created by Ekta Kapoor. In the year 2019, Riddhima participated in Colors TV’s Fear Factor: Khatron Ke Khiladi 9 and became the second runner-up. The same year she played the role of Amrita Sharma in Zee TV’s science fiction drama Haiwaan: The Monster.

In the year 2021, he got a chance to become a participant in the new season of Bigg Boss.