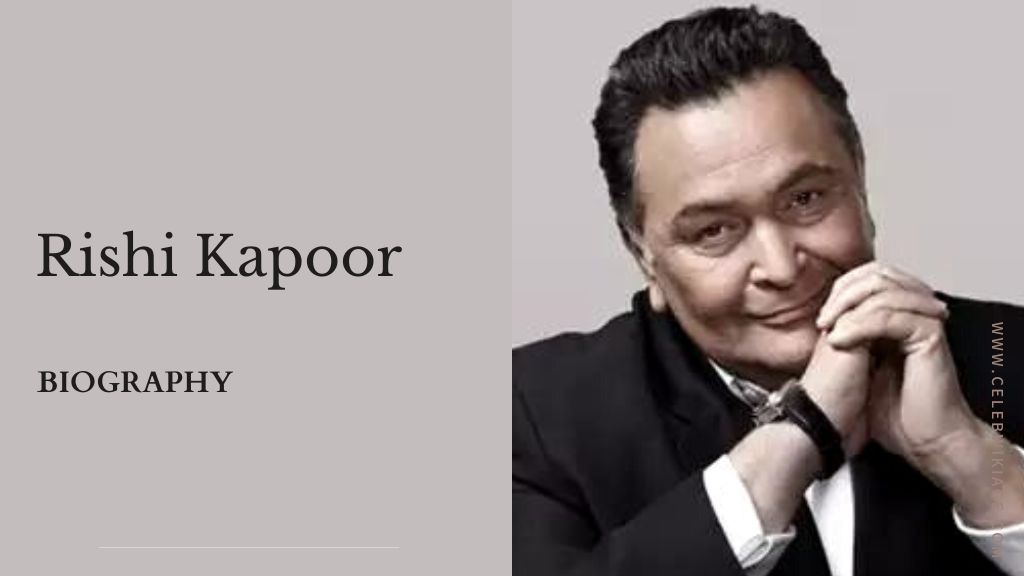 Rishi Kapoor was an Indian actor, director and producer. He won many awards for his best performance in Indian cinema.

Rishi Kapoor has acted in twelve films with his wife Neetu Kapoor. Kapoor passed away on April 30, 2020, at the age of 67, after battling cancer for a year.

His illustrious acting career tells us his stature in the film industry. Rishi, who started his career with the film ‘Bobby’ in 1973, acted in more than 150 films. He is considered one of the longest chocolate faced heroes in Bollywood.

Rishi was born as Rishi Raj Kapoor in Bombay (now Mumbai) on 4 September 1952 to Raj Kapoor and Krishna Raj Kapoor. Rishi Kapoor was born in a Punjabi family and was the second son of actor-director Raj Kapoor.

Rishi was nicknamed “Chintu” by his elder brother Randhir Kapoor, he was very fond of acting since childhood and used to cry and laugh in front of the mirror.

Shammi Kapoor and Shashi Kapoor were his uncles, and Nandi, Devi and Urmila Syal were his aunts.

He attended Campion School, Mumbai and Mayo College, Ajmer for his schooling. Rishi was not good at studies, and he failed in 8th standard;

Rishi dated actress Yasmin in his teens and broke up with her. Rishi Kapoor also dated actress Dimple Kapadia but after his father’s refusal, he ended his relationship with her.

Rishi fell in love with his co-actress Neetu Singh during the shooting of ‘Bobby’ Rishi married Neetu Singh on 22 January 1980 after a courtship of five years.

Reportedly, Rishi and Neetu got engaged to each other secretly when they had gone to attend a friend’s wedding.

On 15 September 1980, their first child, Riddhima Kapoor was born, and their second child, Ranbir Kapoor (actor) was born on 28 September 1982.

His daughter, Riddhima Kapoor is a designer and married Bharat Sahni, who is a designer, in 2006. businessman, and the couple has two children.

Some Facts About Rishi Kapoor