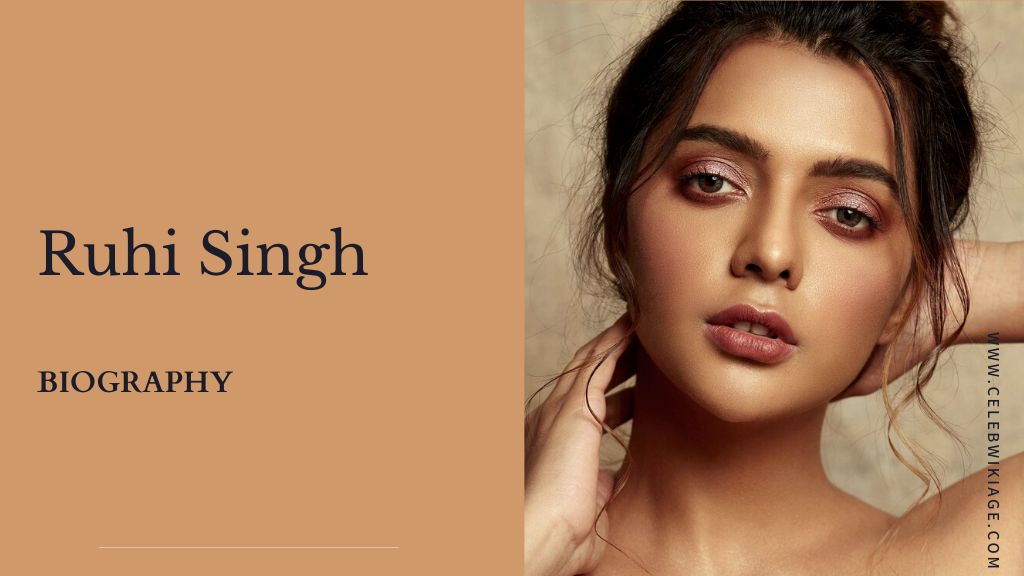 Ruhi Singh is an Indian actress and model who predominantly works in Hindi films and television. Ruhi Singh is famous for playing the role of Sagarika Purohit in MX Player’s Chakravyuh web series. In 2014, Roohi was named the first Miss Universal Peace and Humanity Award winner in Lebanon.

Ruhi Singh was born on 12 October 1995 in Jaipur, Rajasthan, India. His father’s name is Dilip Singh. He has graduated from Rajasthan University, Jaipur. Ruhi Singh’s initial dream was to become a successful singer.

In the year 2011, she started her career with modeling. She participated in the preliminary event of Femina Miss India East 2011, Femina Miss India pageant and was crowned the first runner-up. In the same year, she registered for Indian Princess 2011 and was selected to represent India at the Miss Model of the World 2011 pageant in China, where she made it to the top 36 quarter-finalists.

In 2012, she participated in Femina Miss India and ranked in the top 10. In the same year, Roohi represented India at Miss United Nations, which took place in Miami in 2012.

In 2012, Ruhi Singh acted in a documentary film “The World Before Her”.

But her real breakthrough came in 2014, when she was selected by Femina Miss India to represent India in the first edition of Miss Universal Peace and Humanity, where she became the winner for the first time.

Ruhi Singh was noticed by Madhur Bhandarkar as he was impressed by the Canadian documentary she had done. He immediately signed her on as one of his five leading ladies in his film Calendar Girls. The film was released on 25 September 2015.

The story of Calendar Girls centers on five girls who hail from different regions of India, who have been selected to pose for the country’s most prestigious annual calendar between business tycoon Rishabh Kukreja and his photographer friend Timmy Sen. It is a joint effort.

Ruhi Singh started her Bollywood career in the year 2015 with the film Calendar Girls, in which she played the role of Mayuri Chauhan. In the year 2016, she appeared as Riya in the film Ishq Forever. After this, she acted as Janani in the 2017 Tamil film Bongu. Roohi acted in the Telugu film Mosagallu in the year 2021.