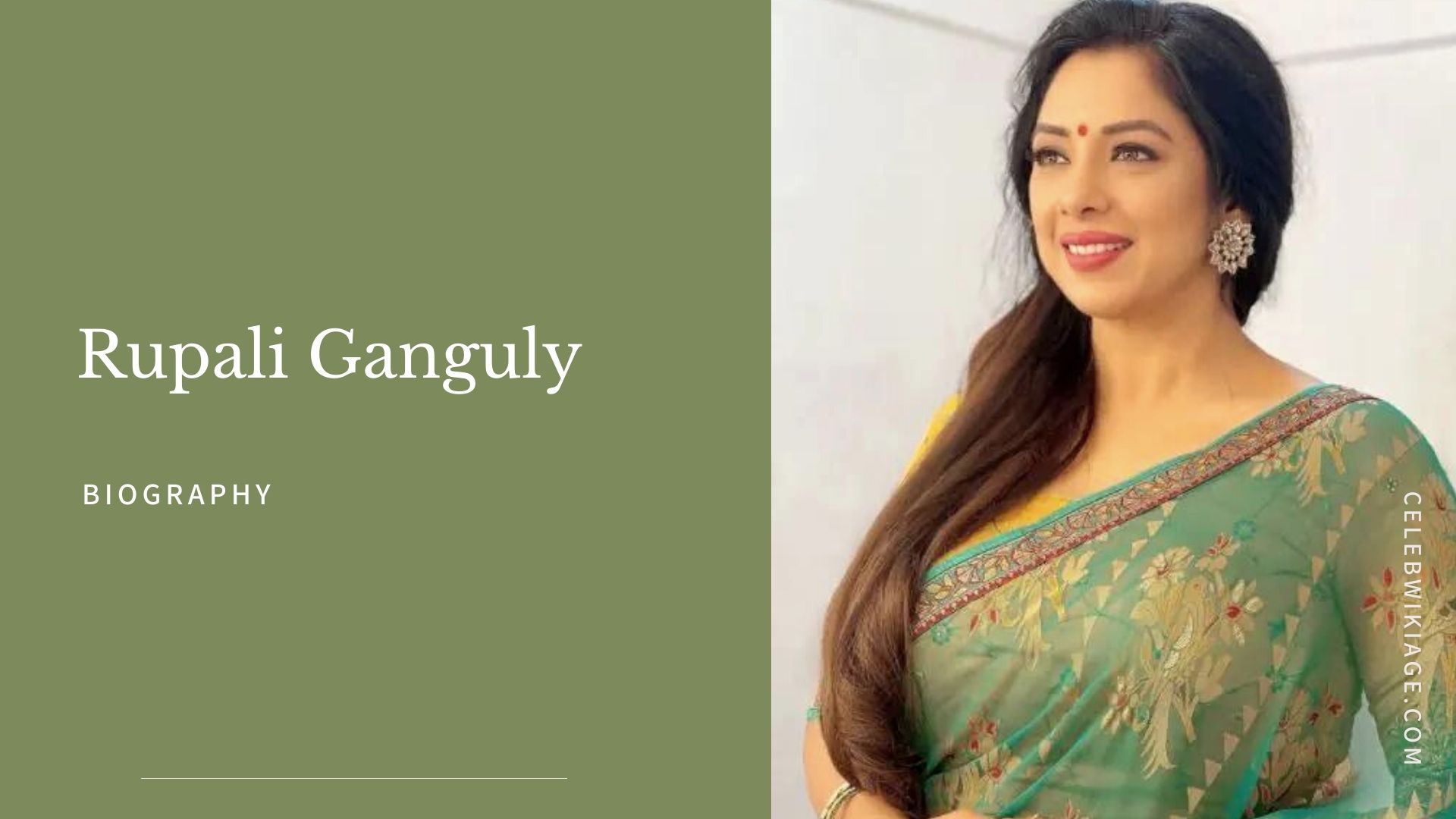 Rupali Ganguly is an Indian actress and theater artist. Her most famous role is that of ‘Monisha Sarabhai’ in the TV serial “Sarabhai VS Sarabhai”.

Right now Rupali is doing a TV serial named “Anupama”, in which she is playing the role of a housewife.

Rupali made her television debut in Sukanya in 2000

Here are some recent tv serials of Rupali Ganguly-

Rupali Ganguly was born on 5 April 1977 in Kolkata, West Bengal. Anil Ganguly is her father. Ganguly was raised in a family with a strong film background.

Ganguly has been fond of acting and dancing since childhood. She was able to play the lead role in Sukanya’s television serial. However, her fame on TV came from the 2003 Star Plus series Sanjeevani.

Rupali is the daughter of late director and screenwriter Anil Ganguly. Her Mother’s name is Rajni Ganguly. She is a housewife. Her brother, Vijay Ganguly is an actor and producer.

Rupali got married to Ashwin K Verma (Businessman) on, 13 February 2013 after dating for a few years. The couple has a son Rudransh who was born on 25 August 2015.

At the age of 7, her first acting job was in the film Saheb (1985). Rupali’s television debut happened in 2000 when she appeared in the TV series “Sukanya”.

She acted in the TV serials “Dil Hai Ki Manta Nahi”, and “Zindagi… Teri Main Kahani”. Rupali ‘Dr. Simran was a TV serialist in ‘Sanjeevani’, and she gained international recognition.

She played pivotal roles in several TV serials such as “Bhabhi”, “Kavyanjali,” and “Kahaani Ghar Ki,” as well as “Aapki Antara” and “Parvarish-Kuch Khatti Kuch Meethi.”

Rupali has also been a participant in reality shows like “Bigg Boss Season 1,” Fear Factor: Khatron Ke Khiladi 2,” or “Kitchen Champion 2”. She has also appeared in films like “Angara,” Do Aankhen Barah Haath, and. “Satrangi Parachute.”

After almost seven years, she returned to Indian television in 2020 with “Anupama” (TV serial).