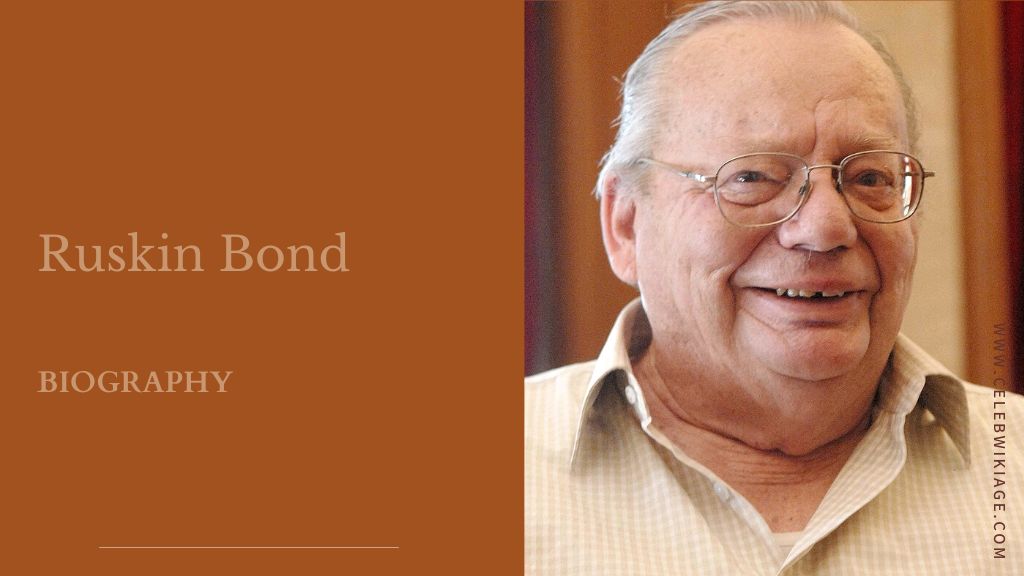 Ruskin Bond is a British-born Indian writer best known for his role in promoting children’s literature in India. He has written more than 500 short stories, essays and novels. His popular novel ‘The Blue Umbrella’ is also a Hindi film of the same name. Which was awarded the National Film Award for Best Children’s Film in 2007. Ruskin Bond is also the author of more than 50 books for children and two volumes of autobiography.

Ruskin Bond was born on 19 May 1934 in Kasauli, Punjab to a British couple Edith Clarke and Aubrey Bond. His father served in the Royal Air Force from 1939 to 1944. His parents separated when he was young and his mother soon remarried to a Punjabi man. Ruskin was very close to his father who died of jaundice. Ruskin was 10 years old then.

He went to Bishop Cotton School in Shimla, from where he graduated in 1950. He loved to read and was particularly influenced by the works of T. E. Lawrence, Charles Dickens, Charlotte Bronte and Rudyard Kipling. He soon turned to writing and won several writing competitions at the school, including the Irwin Divinity Award and the Haley Literature Prize.

He wrote one of his first short stories, “Untouchable”, at the age of sixteen in 1951.

In London, he started writing his first novel, The Room on the Roof, the semi-autobiographical story of the orphaned Anglo-Indian boy named Rusty; he did various jobs for a living. It won the John Llewellyn Rhys Prize, (1957) awarded to a British Commonwealth writer under 30.

Ruskin Bond worked briefly in a photo studio while trying to find a publisher for his works. Once he started earning money from his writing, he went back to India and settled in Dehradun.

He spent the next few years as a freelance writer, penning short stories and poems for newspapers and magazines. In 1963, he moved to live in Mussoorie where he pursued his writing career.

By this time he was a popular writer and his essays and articles were published in many magazines and newspapers. Such as ‘The Pioneer’, ‘Leader’, ‘The Tribune’ and ‘The Telegraph’. He also edited a magazine for four years.

One of Ruskin Bond’s most popular novels, The Blue Umbrella, was published in 1980. His growing fame as an author caught the attention of Penguin Books. Publishers approached Bond in the 1980s and asked him to write a few books. Two of his previous novels, “On the Room”, “On the Roof” and its sequel “Vagents in the Valley”, were published in one volume by Penguin India in 1993.

His many works, including the following books in his collection of non-fiction writings.

‘Our Trees Still Grow In Dehra’

The Night Train at Deoli

‘A Face in the Dark and other Hauntings’

‘A Season of Ghosts’,

Ghost Stories from the Raj

The Best of Ruskin Bond’

Ruskin Bond received the Sahitya Akademi Award in 1992 for (Our Trees Still Grow In Dehra).