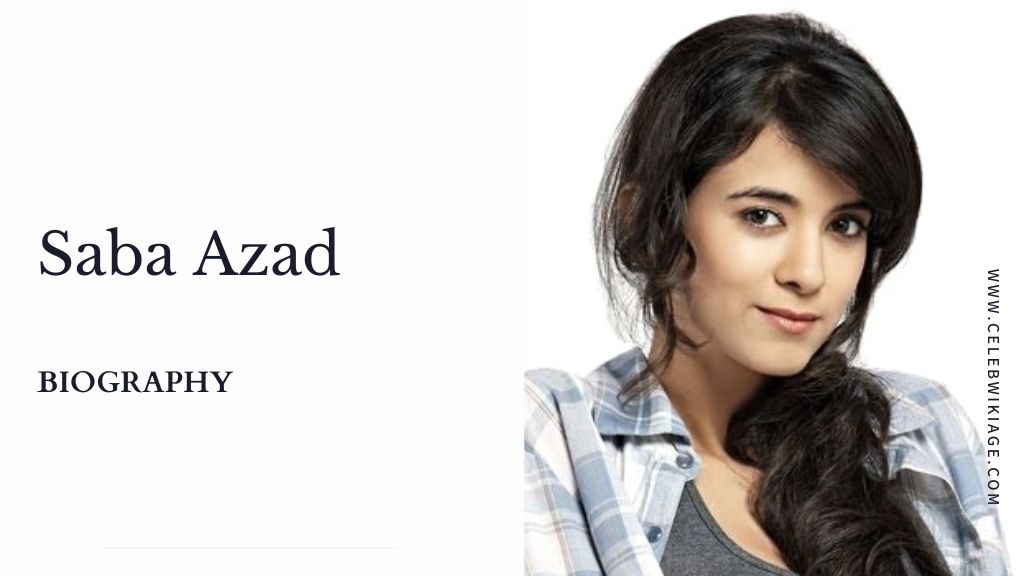 Saba Azad, is an Indian actress, theatre director and musician. She is one half of Mumbai-based electro funk duo Madboy/Mink. She made her Bollywood debut as one of the leads Raaga in the indie film Dil Kabaddi (2008).

Saba Azad was born on 1 November 1990 in Delhi, India. She belongs to a middle-class Punjabi family from Delhi. Her father, PM Singh Grewal, was a professor, and her mother is a homemaker. He has an older brother who lives in Europe.

She was interested in dance and acting since childhood and after schooling, she started her journey as a theater artist to pursue a career in acting.

She is the niece of a legendary street theater artist and director Safdar Hashmi. Influenced by theater since childhood, she grew up learning theater and even performed with Safdar Hashmi’s theater group, Jana Natya Manch.

She is professionally trained in many dance forms like Odissi, Classical Ballet, Jazz, Latin and others. He traveled with his Odissi guru Kiran Sehgal to perform not only in India, but also in Canada, Nepal and England.

Over the years, Saba has done numerous TV commercials for brands such as Cadbury, Maggi, Tata Sky, Google, Vodafone, Nescafe, and more.

After finishing her schooling, Saba started her acting career as a theater artist from where she played the lead role in a short film “Guru”, which was directed by Ishaan Nair.

Her Bollywood debut came when she got a role as Raag in the film “Dil Kabaddi” (2008). After this, she got the lead role in the movie “Mujhse Frandship Karoge” (2011) as Preeti Sen.

In 2012, working with Imad Shah, he started his own indie electronic band “Madboy/Mink”. With her band gaining popularity among the youth, Saba also recorded some songs for some Bollywood movies, such as “Nautanki Saala” (2013) in which she performed the songs “Dhak Dhak Karne Laga” and “Dil Ki To Lag Gayi”. Recorded.

He lent his voice in “Dhoom Anthem” (2013). He is also known for the song “Calcutta Kiss” from the film Detective Byomkesh Bakshi.

On 26 March 2017, Saba uploaded a picture to her Instagram in which she mentioned that her original name was Saba Singh Grewal, but she chose to change her name to Saba Azad. He did this to make people feel free from all the tags given by the people. People trolled him fiercely on social media for changing the name.

Saba Azad protesting against CAA at Shaheen Bagh, New Delhi in January 2020. He sang the song “Tu Zinda Hai” from the India People Theater Association. He also recited a poem by Faiz Ahmed Faiz “Bol Ke Lab Azad Hain Tere”. Later, a social media post went viral claiming that the protest was organized to celebrate the exodus of Kashmiri Pandits from Jammu and Kashmir, and criticized Saba Azad for participating in the protest.

Who is Saba Azad?

Saba Azad is an Indian actress who plays many roles in her real life as well. Apart from being a Bollywood actress, she is also a theater director and musician.

What is the real name of Saba Azad?