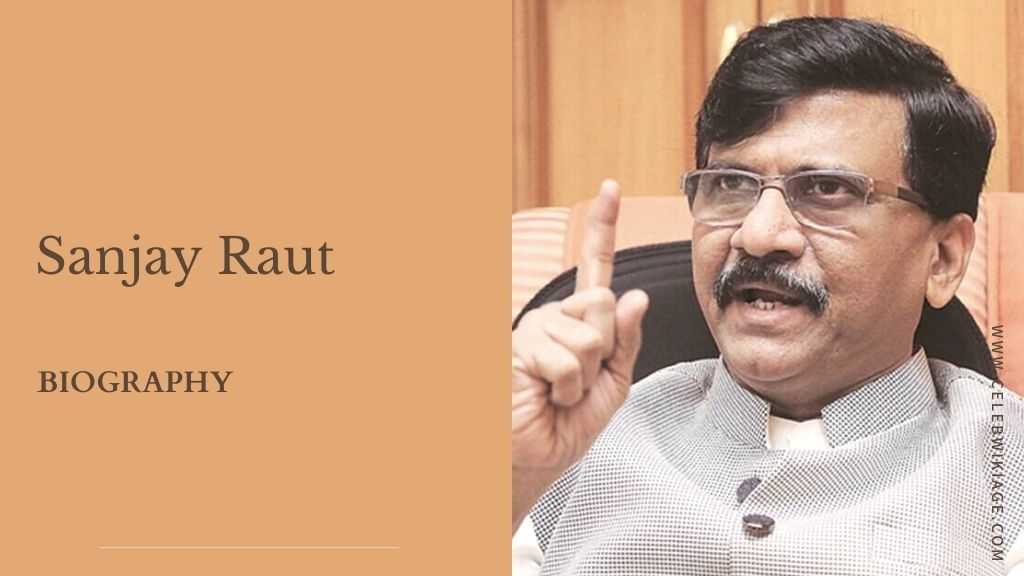 Sanjay Raut is an Indian politician from Shiv Sena. He is a Rajya Sabha member and spokesperson of Shiv Sena. He is a member of the Parliament of India, representing Maharashtra in the Rajya Sabha, the upper house of the Indian Parliament. He is also the executive editor of Saamana, a Marathi newspaper published by Shiv Sena party leader Uddhav Thackeray.

Sanjay Raut is also the writer of Thackeray, a biopic about Bal Thackeray, the founder of Shiv Sena, released in 2019.

Sanjay Raut was born on Wednesday, 15 November 1961 in Alibaug, Maharashtra. Sanjay Raut belongs to the Somvanshi Kshatriya Pathare caste. His parents are Rajaram Raut and Savita Rajaram Raut. His younger brother Sunil Raut is also a politician from Shiv Sena.

He did his Bachelor of Commerce (B.Com) from Dr. Ambedkar College of Commerce and Economics in Wadala, Mumbai.

She married Varsha Raut (teacher) on 16 February 1993. They have two daughters, Purvashi Raut and Vidhita Raut.

Sanjay Raut is an Indian politician from Shiv Sena Party, Maharashtra. He became the leader of Shiv Sena party in 2005.

He was a member of the Committee on Home Affairs and the Consultative Committee of the Ministry of Civil Aviation from October 2005 to May 2009.

He not only handles politics but is also a writer. He is the executive editor of Marathi newspaper “Saamana” published by the leader of Shiv Sena party.

Some Facts About Sanjay Raut