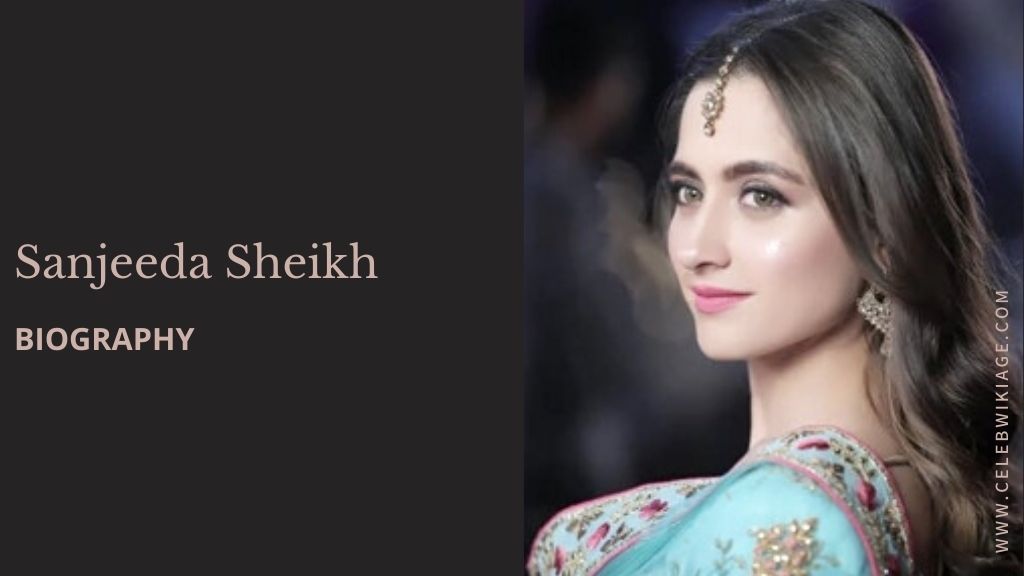 She was born on 20 December 1984 in Kuwait and originally hails from Ahmedabad, Gujarat.Sanjeeda Sheikh’s mother’s name is Anisha Sheikh. Sanjeeda Sheikh has a brother named Anas Abdul Rahim Sheikh.

Sanjeeda Sheikh married in 2012, her husband’s name is Aamir Ali. They have a daughter named Aaira.

Sanjeeda Sheikh did her college education from Institute of Management, Nirma University. She has obtained the educational qualification of Graduate.

Sanjeeda has played various roles in television serials. She made her acting debut as Nimmo in the 2005 TV series Kya Kehna Nimmo Ka. After that, she appeared as a vamp in the 2007 Star Plus series Qayamat. In the same year, she participated in a dance competition titled Nach Baliye 3 with husband Aamir Ali, the couple won the competition.

In 2008, she appeared in the serial Kya Dil Mein Hai opposite Aamir Ali.

In 2014, Shaikh appeared as Durga Thakur, an ambitious and confident young lady, the serial was her career breakthrough as her performance was praised by critics and audiences and it was one of the most successful shows of Star Plus at that time.

In 2016, she appeared as Dhani in Ishq Ka Rang Safed, marking the first time Sheikh played the onscreen mother of a 5-year-old child.