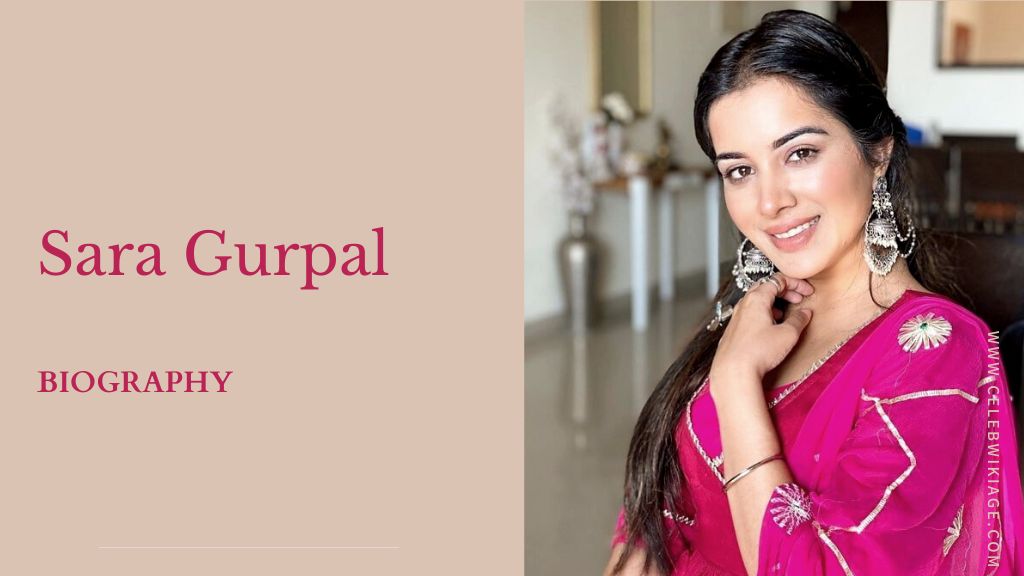 Sara Gurpal is an Indian Punjabi model, actress, and singer. She won the Miss Chandigarh award in the year 2012. She became popular after appearing in Jean song by Ranjit Bawa.

Sara was born on 19 November 1991 in Ratia, Fatehabad, Haryana, India. She was born in a simple middle class family and was brought up there. She completed her early studies from Fatehabad, Haryana and later she went to Chitkara University in Chandigarh to complete her further college studies.

She started her career with the song “Jean”. Gurpal started her acting career in 2017 in the film Manje Bede co-starring Gippy Grewal and Simi Chahal. In 2020, she participated in the reality show Bigg Boss 14.

Sara has also worked in films, she started her film career with the 2017 film Manje Bistre. She has been an actress in the Punjab film industry before coming to Mumbai and still continues to work there, she is also an expert in singing, and sings very well, she has given her voice in many songs.

In 2020, Sara was claimed by Chandigarh-based singer Tushar Kumar that he had married Sara in 2014. Tusshar revealed that Sara was lying about her marital status, and he married her on 16 August 2014. Tusshar even went so far as to share his pictures with Sara after his wedding. She even shared pictures of her marriage certificate.