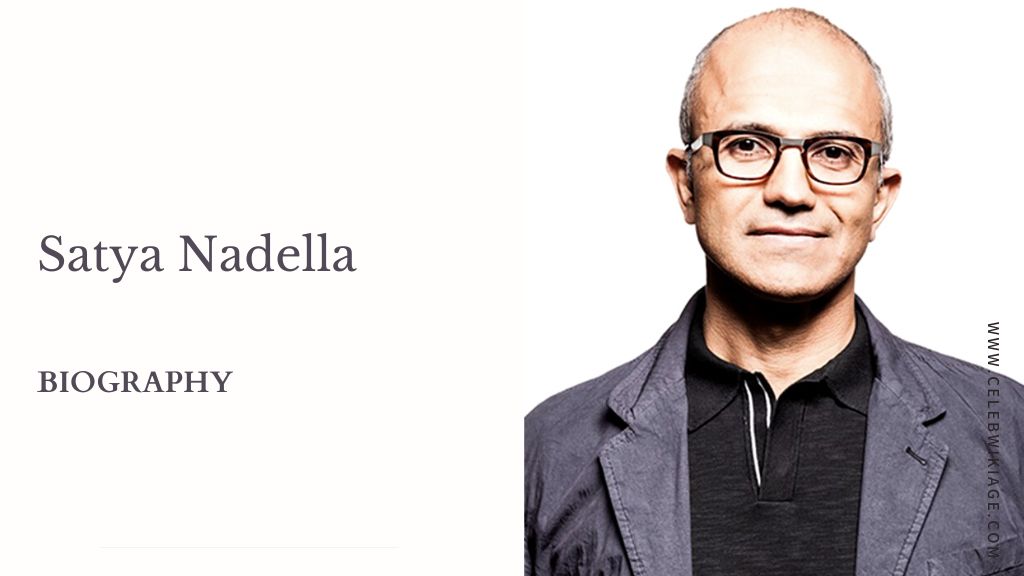 Satya Nadella is an Indian-born American business executive. He is the executive chairman and CEO of Microsoft, succeeding Steve Ballmer in 2014 as CEO and John W. Thompson in 2021 as chairman. Before becoming CEO, he was the executive vice president of Microsoft’s cloud and enterprise group, responsible for building and running the company’s computing platforms.

In 2022, Nadella was awarded Padma Bhushan, the third highest civilian award in India by the Government of India.

Satya Nadella was born on 19 August 1967 in  Hyderabad of present-day Telangana, India. His mother Prabhavati was a Sanskrit lecturer and his father, Bukkapuram Nadella Yugandhar, was an Indian Administrative Service officer of the 1962 batch.

He did his primary education in Hyderabad Public School located in Begumpet area of ​​the city. He then moved to the prestigious Manipal Institute of Technology located in Manipal city of Karnataka.

Nadella attended the Hyderabad Public School, Begumpet before receiving a bachelor’s in electrical engineering from the Manipal Institute of Technology in Karnataka in 1988. Nadella then traveled to the U.S. to study for an M.S. in computer science at the University of Wisconsin–Milwaukee, receiving his degree in 1990. Later, he received an MBA from the University of Chicago Booth School of Business in 1997.

Satya married Anupama in 1992, the couple later became parents to three children, which included two daughters and a son. The family currently resides in Bellevue, Washington.

After completing his education, Nadella joined the well-known firm ‘Sun Microsystems’. He worked for this company for a brief period and then moved to Silicon-Valley giant ‘Microsoft’ in 1992.

While working at Microsoft, Nadella continued to climb the corporate ladder. Then he took important decisions in the interest of the firm.

He was one of the few employees who suggested the development of cloud computing to the firm. Satya was later given the responsibility of controlling the ‘Development Research and Development’ department and was also appointed as the senior vice president of the same. He joined this department in 2007 and remained a part of it for the next four years.

Nadella then moved to Microsoft’s systems and tools division and was appointed its president.

After working at the firm for a period of twenty-two years, Nadella was promoted to the position of CEO of ‘Microsoft’ in 2014.

In 2017, Satya Nadella came up with his book ‘Hit Refresh’. The book talks about his life, Microsoft and how technology is changing the world.