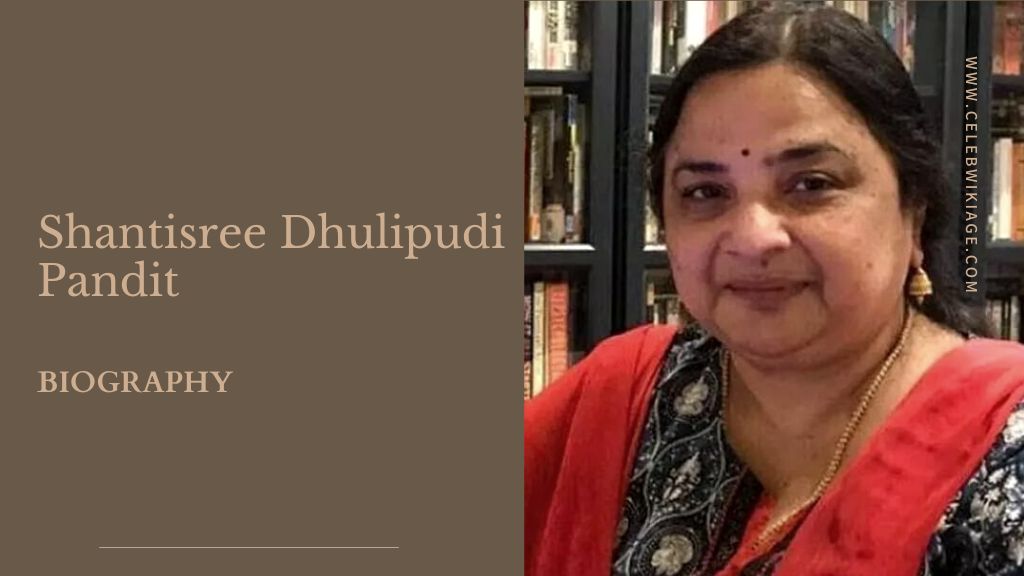 Shantisree Dhulipudi Pandit is Professor of Politics and Public Administration at Savitribai Phule University, Pune and holds a Doctorate in International Relations from JNU.

Following the successful tenure of M Jagadesh Kumar, Dr. Shantisree Dhulipudi Pandit has been appointed as the next Vice-Chancellor of Jawaharlal Nehru University, New Delhi.

Pandit is Professor of Politics and Public Administration at Savitribai Phule University, Pune and holds a Doctorate in International Relations from JNU.

Shantisree Dhulipudi Pandit was born on 15 July 1962 in the city of Saint Petersburg, Russia, she is currently serving as the Vice-Chancellor of Savitribai Phule University.

Her father, Dr. Dhulipudi Anjanayulu is a writer and journalist, who is also a retired civil servant, and mother, Prof. Mulamoodi Adilakshmi was Professor of Tamil and Telugu at the Leningrad Oriental Faculty Department [USSR].

Shantisree Dhulipudi did her early studies in Madras school. She stood first in the state of Tamil Nadu in the 12th examination.

He holds a Gold Medalist degree in History and Social Psychology from Presidency College, Madras and a Masters in Political Science from the same college.

Her stint with Jawaharlal Nehru University began when he obtained a pre-doctoral degree in M.Phil in International Relations from JNU in 1986 and secured first rank in the university.

His doctorate in International Relations was a thesis on “Parliament and Foreign Policy in India – Nehru Years”, which he completed at the young age of 28. In addition, she has also studied Peace and Conflict Studies from Uppsala University in Sweden.

In his academic career spanning over thirty years, he has guided around 29 PhDs, while also serving as an external consultant in several universities across India.

He has taught several papers on International Politics in India, Political Sociology and Peace and Conflict Studies at Goa University.

Career as a writer

As a writer, Shantisree Dhulipudi Pandit has authored four books – Parliament and Foreign Policy in India (1990), Restructuring Environmental Governance in Asia-Ethics and Policy (2003).

In addition he has co-authored two books with Dr. Rimali Basu – ‘Cultural Diplomacy: Buddhism and India’s Look East Policy’ and ‘Retreat of the State: Effects of Drug Trafficking in Asia in 2012’.