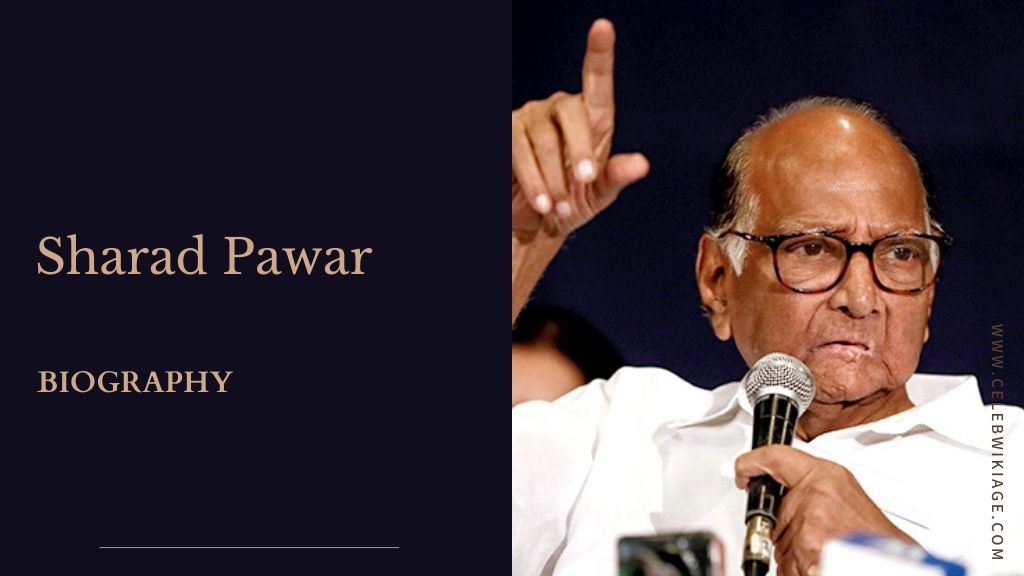 Sharad Pawar is an Indian politician. He is the founder and president of the Nationalist Congress Party (NCP) since 1999 after splitting from the Indian National Congress.

In his political career, Sharad Pawar has held prominent positions both in state politics and at the national level. He has also served as the Chief Minister of Maharashtra and the Defense Minister of India.

He has been accused of indulging in corruption several times. From 2005 to 2008 he served the Board of Control for Cricket in India as its chairman. He also held the coveted position of the President of the International Cricket Council, succeeding England’s David Morgan.

In 1999, Pawar was diagnosed with oral cancer due to his habit of chewing gutkha and had an oral surgery in April 2004. In March 2021, he underwent surgery for his gallbladder problem.

Sharad Pawar was born on 12 December 1940 to Shri Govindrao Pawar and Smt. Shardabai Pawar. His father worked with the Baramati Farmers Co-operative Society, also known as the Sahakari Kharedi Vikri Sangh, and his mother looked after the family farm in Katewadi, about 10 km from Baramati.

Sharad Pawar has five brothers and four sisters. He was educated in a school of Maharashtra Education Society. He studied at the Brihan Maharashtra College of Commerce under the University of Pune in Pune.

Sharad Pawar married Pratibha Shinde on 1 August 1967; They have a daughter Supriya, who is married to Sadanand Sule and is currently a member of the 15th Lok Sabha, representing the Baramati constituency of Maharashtra. Sharad Pawar’s younger brother Pratap runs the famous Marathi daily Sakal and his nephew Ajit Pawar is currently the Deputy Chief Minister of Maharashtra. His interests include horticulture, agriculture, irrigation, economics, finance, energy and sports. His favorite pastime is reading and he loves to travel.

Sharad Pawar was an average student, though he was very active in student politics. His enthusiasm for debate, his dynamic speaking skills, his enthusiasm for organizing and arranging outdoor activities and sports were early indicators of his leadership qualities.

His first work in the field of politics was his active participation and organization of a protest march in 1956 in support of the Goa Liberation Movement. He represented the student leadership at the Brihan Maharashtra Commerce College (BMCC) and served as the General Secretary.

This place marked his entry into politics and his association with the Youth Congress. He came in contact with Yashwantrao Chavan, who is considered the architect of modern Maharashtra. Chavan recognized his potential as a leader and eventually Sharad Pawar became the leader of the Youth Congress.

Foreign Affairs Committee and its Sub-Committee-II

Consultative Committee of the Ministry of Human Resource Development