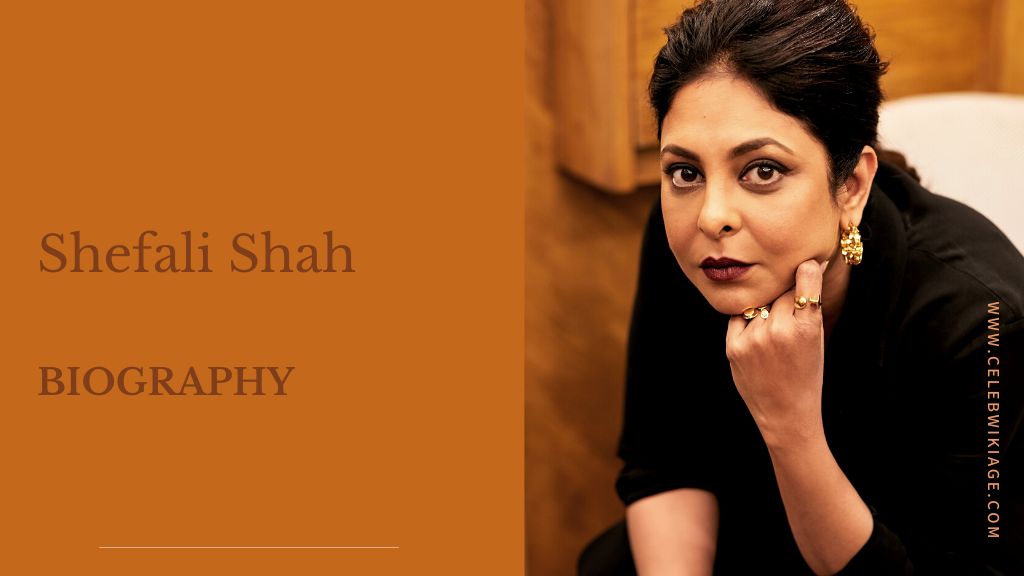 Shefali Shah is an Indian actress and dubbing artist who works in Bollywood films and web series. After making her film debut with a minor role in the 1995 movie Rangeela, she played a supporting role in the crime film Satya. Her performance in Satya received critical praise and won her the Filmfare Award for Best Actress (Critics) and a Best Supporting Actress nomination at the 44th Filmfare Awards. She was later nominated for Filmfare Award for Best Supporting Actress for her performances in the family dramasWaqt: The Race Against Time (2005) and Dil Dhadakne Do (2015).

Born in the year 1972, Shefali is the only daughter of the former RBI employee, Sudhakar Shetty and homeopathy doctor, Shobha Shetty. She did her schooling from Arya Vidya Mandir in Santacruz and used to live in RBI quarters in Santacruz.

Shefali was married to the television artist Harsh Chhaya. The couple got separated and she tied the knot with the director Vipul Shah. The couple has two sons.

Gradually, she moved towards the silver screen, ‘Rangeela’ being her debut film, as she performed a cameo in this. Then, she appeared in the critically acclaimed flick ‘Satya’ in 1998. For her role in this film, she bagged the Star Screen Award for Best Supporting Actress category and also received Filmfare Critics Award for Best Actress. This role instantly earned her acclamation among the masses too.

Post this, Shefali featured as Amitabh Bachchan’s wife in the film ‘Waqt’ in the year 2005. This movie was directed by Shefali’s husband Vipul Shah. She grabbed praise from the critics for her performance in this film.

The internationally acclaimed ‘Monsoon Wedding’ marked her breakthrough performance in the role of Ria Verma. In 2007, she acted in ‘Gandhi My Father’. With this, she started doing more mature roles, as she enacted Kasturba Gandhi in this flick. It grabbed her Best Actress award in Tokyo International Film Festival. ‘Black and white’ was her film alongside Anil Kapoor in the year 2008. Amitabh Bachchan starrer ‘The Last Lear’ made her win the National Film Award for Best Supporting Actress.

In Hindi version of a famous Marathi play, “Dhyanimani” by Chandrakant Kulkarni, Shefali took to the stage opposite Kiran Karmarkar. The play was titled as “Bas Itna Sa Khwab”.

Talking about her upcoming films, the film Darlings, Doctor G and Jalsa are going to be released in the year 2022.

Some Facts About Shefali Shah