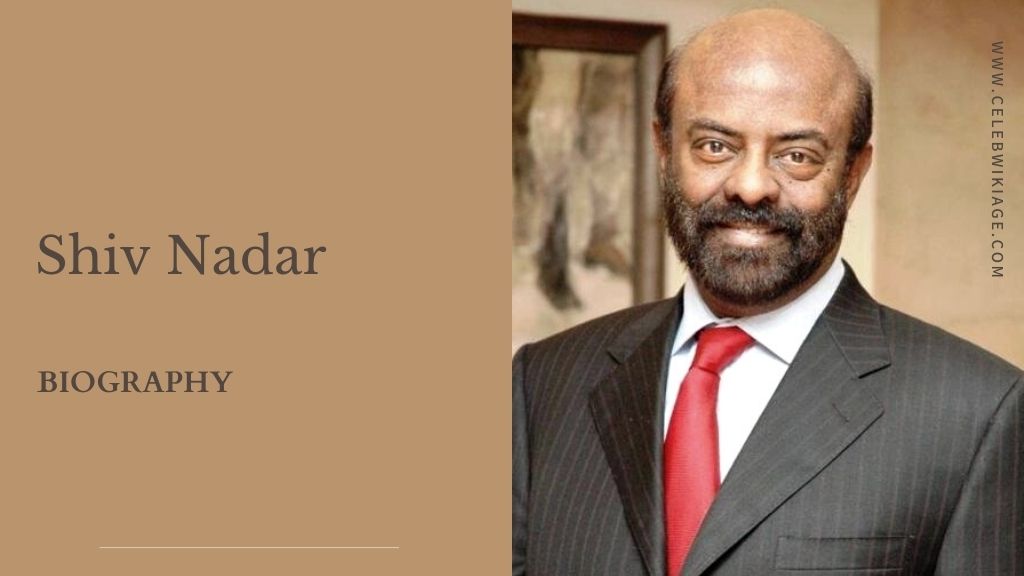 Shiv Nadar, chairman of India’s renowned tech company HCL Technology, has resigned from his post in July 2020, which will now be handled by his daughter Roshni Nadar Malhotra. The HCL company was founded by Shiv Nadar in August 1976 in a garage.

Shiv Nadar was born in 1945 in the village of Moolaipozhi in Tuticorin district, Tamil Nadu. Her father was Shivasubramanya Nadar and mother Vamsundari Devi.

Nadar received a Pre-University degree at American College, Madurai and a degree in Electrical and Electronics Engineering from PSG College of Technology, Coimbatore.

Shiv Nadar is married to Kiran Nadar and they have a daughter, Roshni Nadar, who is the Vice-Chairman of HCL.

Shiv Nadar began his career working at Pune based Walchand Group’s Cooper Engineering in 1967 but soon moved north to Delhi Cloth Mills (DCM) joining their calculator division as an engineer.

Microcomp was renamed Hindustan Computers Limited (HCL) on August 1976, which was set up on land given to them by the Uttar Pradesh state government, and a starting capital of Rs. 187,000 cumulated by the founding group.

When George Fernandez became the country’s industry minister in 1977, it led to the exit of multi-national companies like IBM and Coca-Cola. On the flipside, it gave HCL a wider market space to sell their microcomputers in India.

In 1980, Shiv Nadar set up Far East Computers in Singapore to sell computer hardware in the region. The company achieved sales worth Rs.10,00,000 in the first year alone.

When NIIT (National Institute of Information Technology) was setup in 1981 to address the growing need for computer education in the country, Nadar invested heavily into the institution. He was its biggest shareholder till 2003.

By 1983, HCL was not only producing in-house 16-bit microprocessors but also developed its own relational data base management system, and a client-server architecture the very next year.

As the Indian government decided to permit technology imports in 1984, HCL flew across the globe to source computer parts and launched ‘Busybee’, a personal computer running a native UNIX based operating system developed by the company.

In 1989, he formed HCL America to take advantage of the mammoth computer hardware market of USA. But the machines failed to get American environmental clearance, which was remedied in 1991 when HCL partnered with Hewlett Packard to form HCL HP Limited and finally began seeing positive revenue figures in the country.

Under his stewardship, HCL made forays into the telecommunications market in 1994 by partnering with Nokia and Eriksson to distribute cell phones and mobile switches in India.

In 1998, HCL lost one of its largest shareholders in Arjun Malhotra when he left the company to start his own venture. To counteract this, Shiv Nadar listed HCL in the Indian Stock Exchange in 1999 thus making funds available for the IT giant once again.

From 2000 to 2006, Shiv Nadar went into even more partnerships and acquisitions to make HCL a global software venture. It began with a BPO in Ireland in 2001 in partnership with British Telecom, and involved agreements with Boeing, Japan based NEC and Deutsche Bank.

In 2007, Vineet Nayar was named CEO of HCL Technologies, thus letting Nadar move away from day-to-day corporate affairs and focus on his philanthropic dreams. He however continues to be Chairman of HCL and its largest shareholder.

In 2008, Shiv Nadar was awarded the Padma Bhushan by the President of India recognizing his pioneering work and influence in the field of trade and industry.

He received the ‘BNP Paribas Grand Prize for Individual Philanthropy’ in 2013 for Shiv Nadar Foundation, a pan-India educational initiative based on meritocracy.

He was named ‘The Outstanding Philanthropist of the Year’ by Forbes International in 2015.