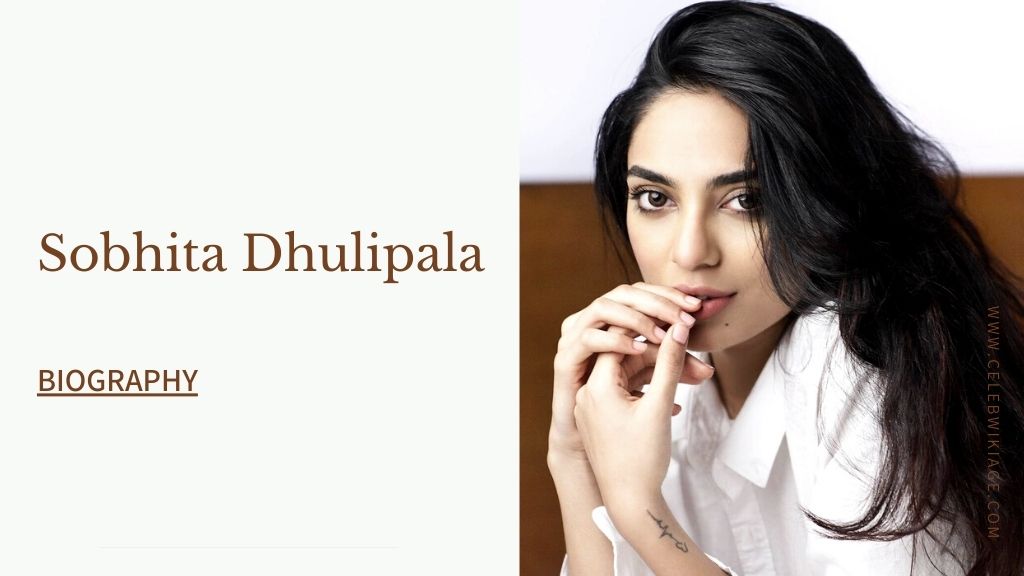 Sobhita Dhulipala was born on 31 May 1992 in Tenali, Andhra Pradesh. When she was three years old, she moved with her family to Visakhapatnam and spent her childhood there.

Sobhita completed her schooling in Little Angels. On completion of her high school, she moved to Mumbai with her family and obtained a degree in commerce from HR College of Commerce and Economics in Mumbai. Sobhita Dhulipala is also a trained classical dancer in Bharatanatyam and Kuchipudi.

Dhulipala debuted in thriller film Raman Raghav 2.0 (2016) and she went on to star in the Telugu spy film Goodachari (2018) and the Amazon Video drama series Made in Heaven (2019).

In 2021, Sobhita played the character of Sharada Kurup in the Malayalam film Kurup.

In the year 2022, Dhulipala is going to appear in the Hindi film Sitara and Major, And will be seen in the American film Monkey Man.

Some Facts About Sobhita Dhulipala