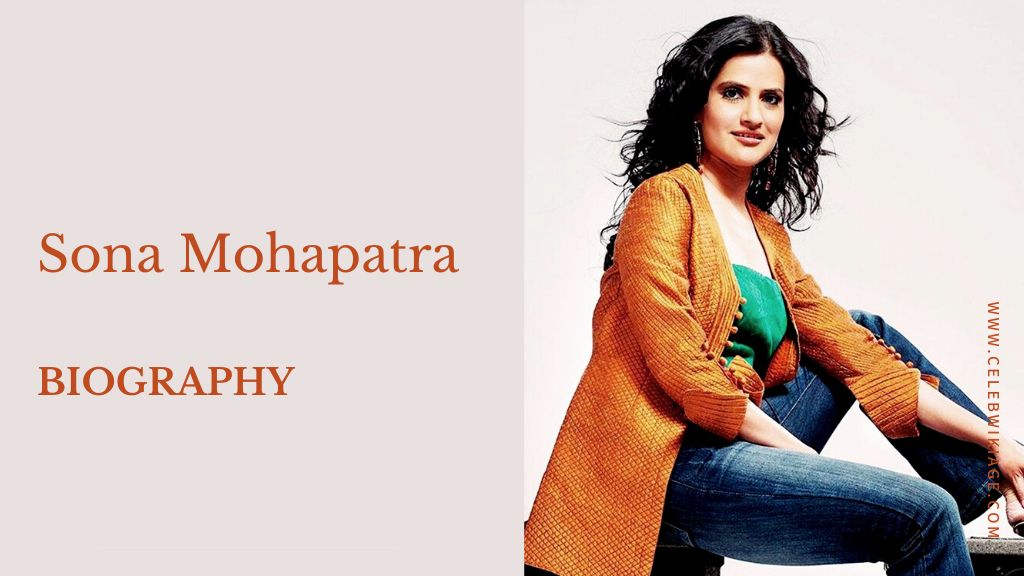 Sona Mohapatra is an Indian playback singer, composer and lyricist. She is known for her best singing in Hindi cinema.

Sona has completed her early studies from Bhubaneswar. After that she took a degree in B.Tech from College of Engineering and Technology. She holds an MBA degree from Symbiosis. After completing her MBA degree, she worked as a brand manager in companies like Parachute and Medicare.

Sona Mohapatra is married to film composer and music director Ram Sampath. Both the husband and wife are also partners of music production house Om Grown Music. Both are running their own separate music studios in Mumbai.

While working as a brand manager, Sona composed several jingles. Her famous jingles are Tata Salt – Kal Ka Bharat, and Closeup – Paas Aao Na. After that she composed many more jingles and sang it himself. After this she lent her voice to the song Bedardi Raja from the film Daily-Belly. Her voice was well received by the audience and critics.

After that she appeared as a performer in Aamir Khan’s show. She shot to fame with Ghar baad yaad aata hai, Mujhko Kya Bechega Rupaiya in Satyamev Jayate. After this she sang the song Jiya Lage Na from the Aamir Khan starrer film Talaash. After that she lent her voice to the song Ambarsariya in Fukrey. Which was well liked by the youth. She has now lent her voice to the songs of many films like Re Bawree– Taish (2020), Qatle-E-Aam– Raman Raghav 2.0 (2016).