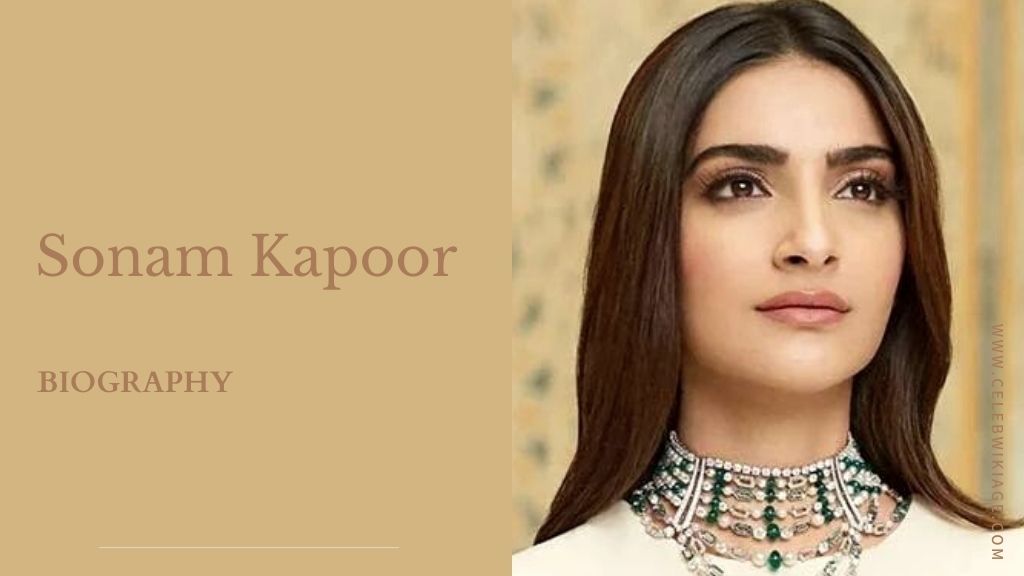 Sonam Kapoor is an Indian Actress who predominantly working in Bollywood Film Industry. She is one of the most popular actress who was featured in Forbes India’s Celebrity 100 list from year 2012 to 2016.

She was born on 9 June, 1985 in Mumbai, Maharashtra, India. Sonam was born to famous Bollywood (Kapoor) family. She is a daughter of Actor Anil Kapoor. She is very close to her siblings, Rhea Kapoor & Harashvardhan who is actor.

She completed her schooling from Arya Vidya Mandir School, Juhu, Mumbai. After that Sonam Kapoor did theater & arts from United World College of South East Asia, Sigapore. Also she completed her graduation in Economics and Pol.Science from University of Mumbai.

Before becoming an actress, Sonam also worked as waitress. Then she started her career as a model. Miss Kapoor is called the fashion queen or fashion diva of Bollywood. For her fashion, she often get trolled by people’s on social media.

On 8 May 2018, Kapoor married Indian businessman Anand Ahuja in a traditional Sikh ceremony in Bandra, Mumbai.

Sonam Kapoor Ahuja is currently enjoying the most amazing phase of their lives these days as she is all set to embrace parenthood with her husband and businessman Anand Ahuja. In March this year, the Veere Di Wedding actress took to her social media handle and announced her pregnancy through a lovely photoshoot with Anand alongside a heartfelt note.