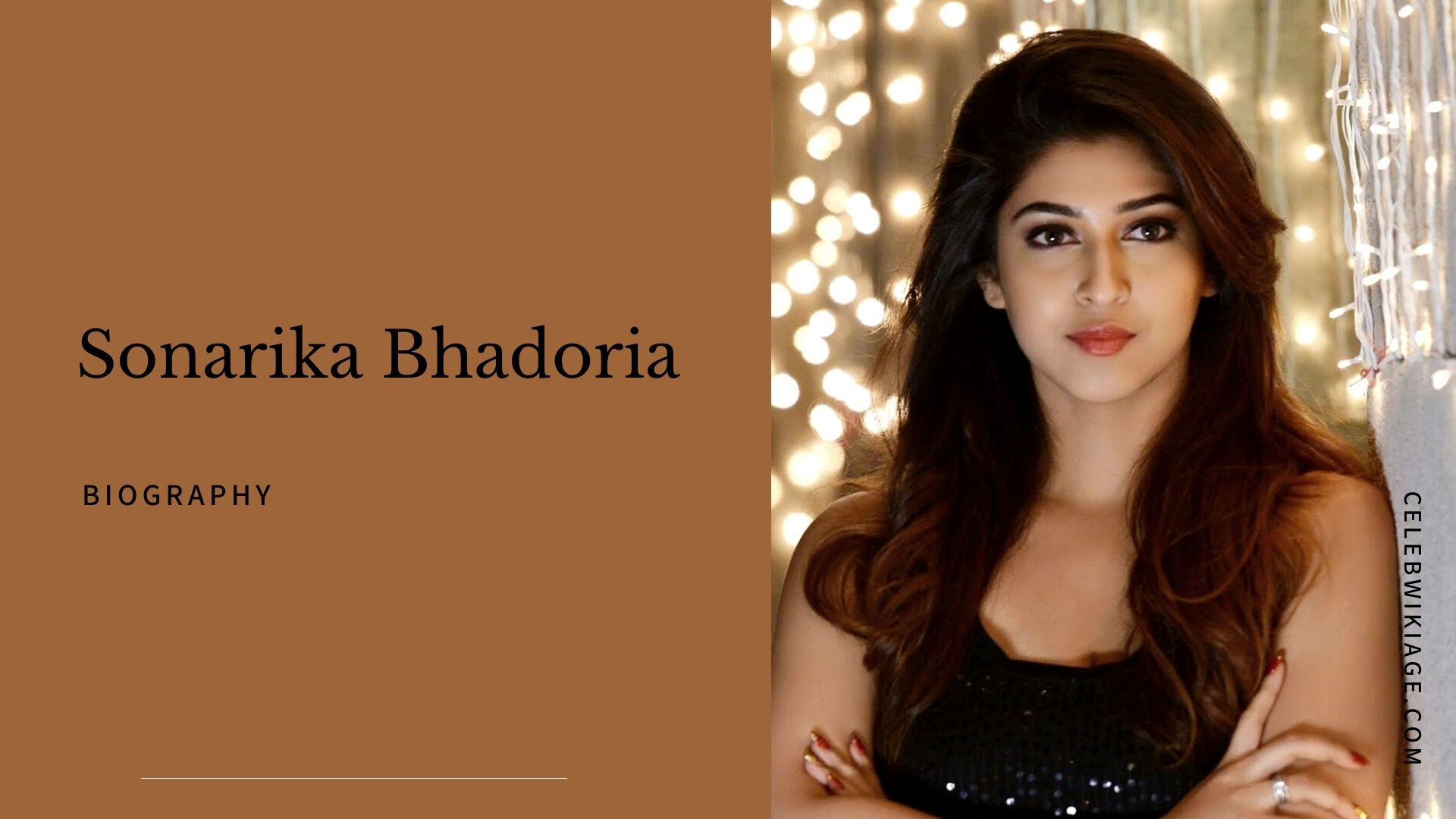 Sonarika Bhadoria is an Indian actress who predominantly appears in Hindi television and Telugu films. She is known for her portrayal of Goddess Parvati / Adi Shakti in Devon Ke Dev…Mahadev,

Sonarika Bhadoria was born on 3rd December 1992 in Mumbai, Maharashtra, India. Sonarika is from a Rajput family. Her family hails from Lucknow, Uttar Pradesh. Her father’s name is ‘Rakesh Singh Bhadoria’ who is a businessman by profession, and her mother’s name is ‘Poonam Singh’ and a housewife by profession. Sanorika has a brother named Harsha Bhadoria. Talking about Sonarika’s affair, she is dating actor ‘Vikas Parashar’.

Sonarika has been interested in studying since childhood, completed her early education from Yashodham High School & Junior College, Mumbai and completed her graduation from DG Ruparel College of Arts, Science & Commerce, Mumbai.

In 2011, Sonarika got her first acting opportunity when she was in her school, she played Abhilasha Sharma in the TV serial “Tum Dena Saath Mera”, which aired on Life OK from December 2011 to April 2012.

Due to her superb acting and beauty, she played the role of Goddess Parvati in the TV serial Devon Ke Dev… Mahadev in 2014, the audience liked this TV serial very much and Sonarika’s acting was highly praised. After this, Sonarika returned again in the Sony TV serial ‘Prithvi Vallabh’ in 2018. In this serial, she played the role of Mrinal with Ashish Sharma. The same year, Sonarika played the character of ‘Anarkali’ in the Colors TV serial ‘Daastan-e-Mohabbat: Salim Anarkali’. In 2019, she also played the character of Netra Sharma in another serial Ishq Mein Marjawan.

In 2016, Sonarika got a chance to act in the romantic horror film “Saansein”.

In addition to acting in TV serials, Sonarika also acted in Telugu films, starring in Jadoogadu in the year 2015, in which she played the character of Parvati. Apart from this, She worked in many other Telugu films.

She Is an Indian Actress She is an Indian actress who mainly works in TV serials, she got main fame due to her character of Goddess Parvati in TV serial Devon Ke Dev… Mahadev.