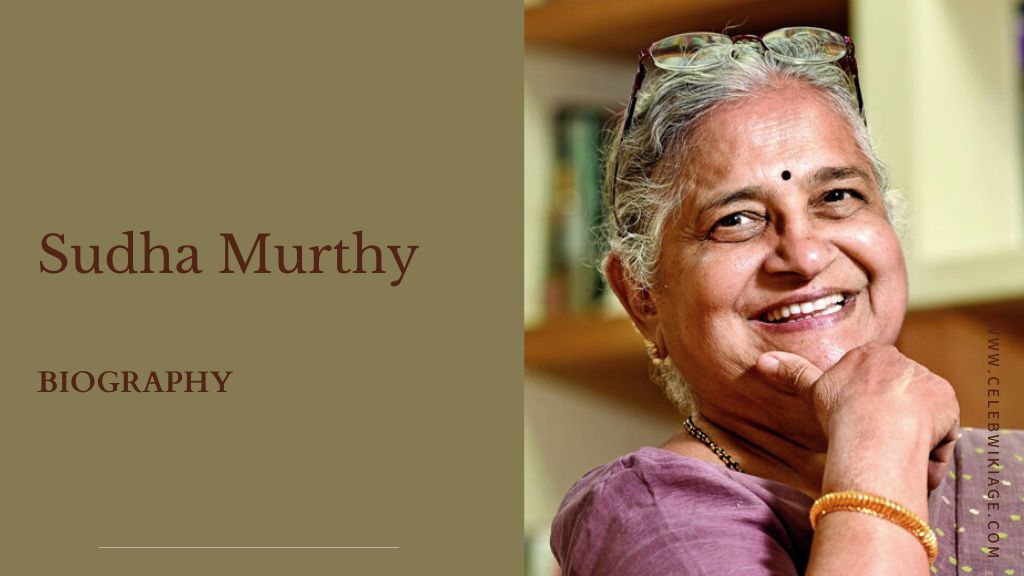 Sudha Murthy is an eminent bilingual writer of Kannada and English books, She is famous for her philanthropic activities and is the chairperson of Infosys Foundation. Sudha Murthy is a prolific writer of numerous books. Her books have been translated into all the major Indian languages and have been sold all over the country.

Sudha Murthy was born on 19 August 1950 in Shiggaon, Karnataka, India, as the daughter of surgeon Dr RH Kulkarni and his wife Vimala Kulkarni. She and her siblings were raised in the house of parents and maternal grandparents. These childhood experiences form the historical basis for her first notable work titled How I Taught My Grandmother and Other Stories.

Sudha Murthy, N.R. Married to Narayana Murthy. Who was working as an engineer in TELCO in Pune. The couple has two children Akshata and Rohan.

Sudha Murthy became the first woman engineer to be hired at India’s largest auto maker Tata Engineering and Locomotive Company (TELCO). Murthy joined the company as a development engineer in Pune and then worked in Mumbai and Jamshedpur. She later joined Walchand Group of Industries in Pune as Senior Systems Analyst.

Murthy’s social work covers health, education, women’s empowerment, public sanitation, art and culture and poverty alleviation at the grassroots. Her vision of one library for every school has resulted in the establishment of 50,000 libraries so far. She is helping rural areas by building 10,000 public toilets and several hundred toilets in the city of Bengaluru.

Sudha Murthy is a renowned fiction writer in Kannada and in English. She has published several books, mainly through Penguin, expressing her philosophical views on charity, hospitality and self-realization through fiction.

Sudha Murty Books In English- The Bird with Golden Wings: Stories of Wit and Magic, The Mother I Never Knew, Three Thousand Stitches, House of Cards, Something Happened on the Way to Heaven, The Old Man and His God: Discovering the Spirit of India, The Day I Stopped Drinking Milk, Dollar Bahu, Mahashweta, Gently Falls the Bakula, Wise And Otherwise.