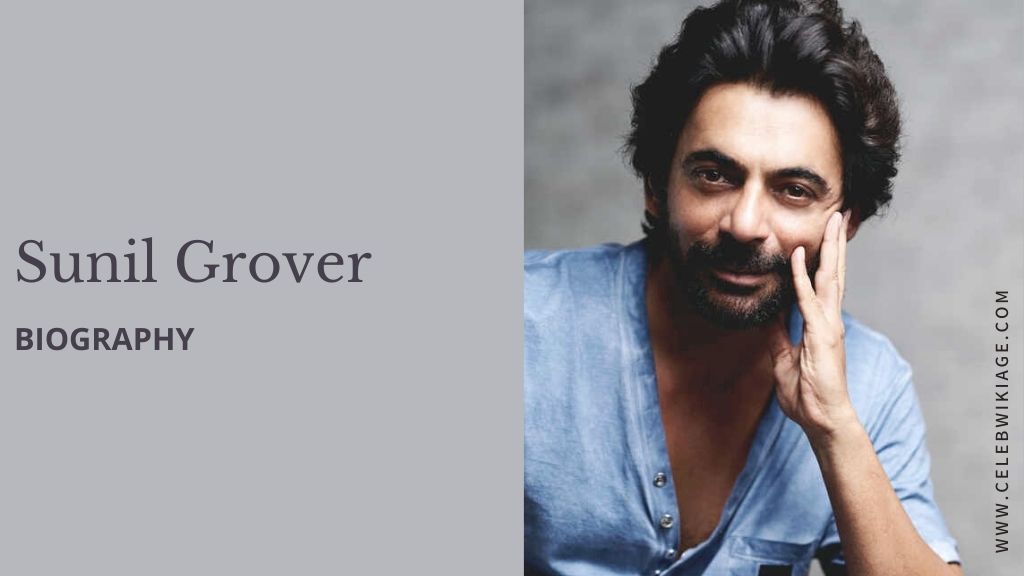 Sunil Grover is an Indian actor and a standup comedian. He got the most fame after the role of Gutthi, which he played in the comedy show Comedy Nights with Kapil of the Indian TV channel Colors. He later played many more roles during the second comedy show, in which Dr. Mashoor Gulati also became very famous.

Sunil Grover was born on 9 August 1977 in Dabwali, a small village in Haryana, he was born in a Hindu family, his father’s name is JN Grover. His entire family is Punjabi. His wife’s name is Aarti who is an interior designer by profession. Sunil also has a son who was born in 2008.

Sunil Grover did his early education from the school Arya Vidya Mandir in his village Dabwali. After studying till 12th, Sunil came to Chandigarh where he got his admission in Guru Nanak College. After completing his graduation from Guru Nanak, Sunil earned a master’s degree in theaters from Panjab University.

After taking a master’s degree in theatre, Sunil started working in the local theater, but Sunil did not feel in the local theater for long. After some time Sunil came in contact with Jaspal Bhatti. Jaspal Bhatti was a popular actor of comedy. Sunil learned comedy tricks with him and started working with him. He appeared with her in Zee Punjabi’s show “Professor Money Plant”.

Sunil Grover got recognition from the show “Guttergu” coming on SABTV, it was India’s first silence comedy show. After this show he never looked back after which he continued to do comedy shows like “Comedy Circus”. Was seen doing “Comedy Nights with Kapil”, “Made in India”, “The Kapil Sharma Show”

Sunil Grover has also worked in radio Sunil used to work in the show “Hasee Ke Faware” on Radio Mirchi.

Sunil Grover tried his hand in the film world along with TV. He was first seen in the year 1998 in “Pyaar Ho Hona Hi Tha”. The lead hero of this film was Ajay Devgan and Kajol.

After this, he appeared in the role of Jaidev Kapoor in Ajay Devgan’s film “Langent of Bhagat Singh”. In 2005, he acted in the film Insan and Family.

Grover was also seen in Bollywood films Gabbar Is Back, The Legend of Bhagat Singh and Bharat.