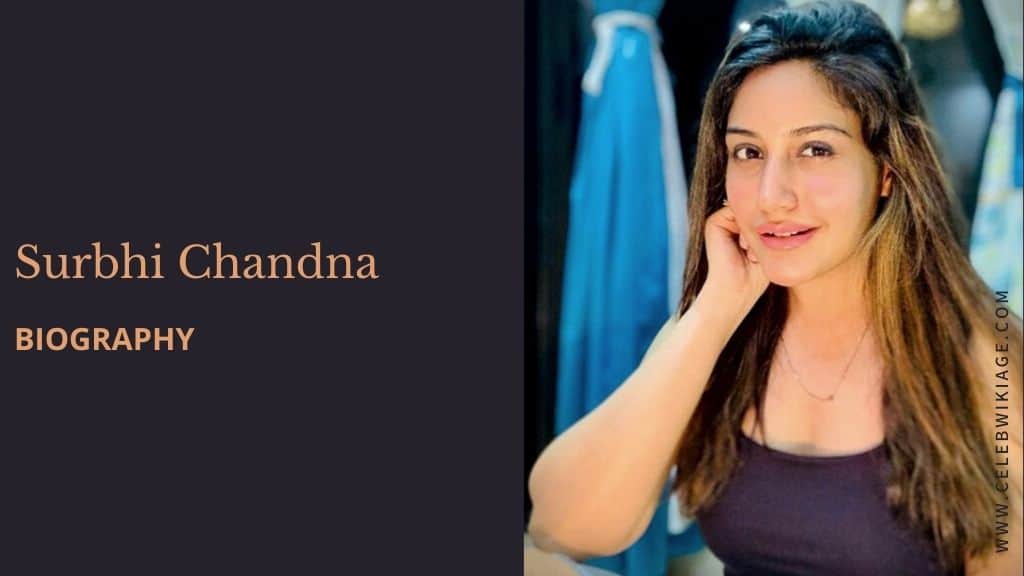 Surbhi Chandna is an Indian television actress. She rose to fame in her career as Haya in the television show “Qubool Hai” which aired on Zee TV. After which she appeared in many popular shows on the Star Channel like Ishqbaaz, Dil Bole Oberoi, and Sanjeevani. Apart from television, she has also worked in the film Bobby Jasoos.

Surbhi Chandna was born on 11 September 1989 in the city of Mumbai. Her father’s name is CP Chandna and mother’s name is Shashi Chandna. Her father is a businessman. Surbhi also has a younger sister in the family, whose name is Pranavi Chandna. Surbhi belongs to a Punjabi family which shifted from Punjab to Mumbai after her birth. Surbhi always wanted to become an actress. For which she resorted to modeling and television commercials.

Surbhi has been having an affair with businessman Karan Sharma in real life for a long time. Many photos of these two together are uploaded on social sites.

He did his early education from Mumbai itself. After which he completed his graduation from Atharva Institute of Management Studies. Surbhi Chandna wanted to make her own career in the acting world since childhood. This was the reason why she started taking her steps in this direction as she grew up.

After achieving success in the show “Qubool Hai”, she started working in the Star Plus show Ishqbaaaz. During this, she also made her debut in Bollywood with the film Bobby Jasoos in 2014, where she played the small role of Aamna Khan along with Vidya Balan. Chandana played the role of Annika in Ishqbaaaz. After the success of Ishqbaaaz, Chandana appeared in episode 6 of Farah Khan’s reality show “Lip Sing Battle” on Star Plus.

In 2019, Surbhi is playing the character of Dr. Ishani in Star Plus show Sanjeevani, in which Namit Khanna is seen opposite her.

Surbhi Chandna is one of the top actresses in the world of television, she has been awarded with many awards, including Gold Award, Asian Viewers Television Award and Lion Gold Award.

How old is Surbhi Chandna?

How much does Surbhi Chandna charge per episode?