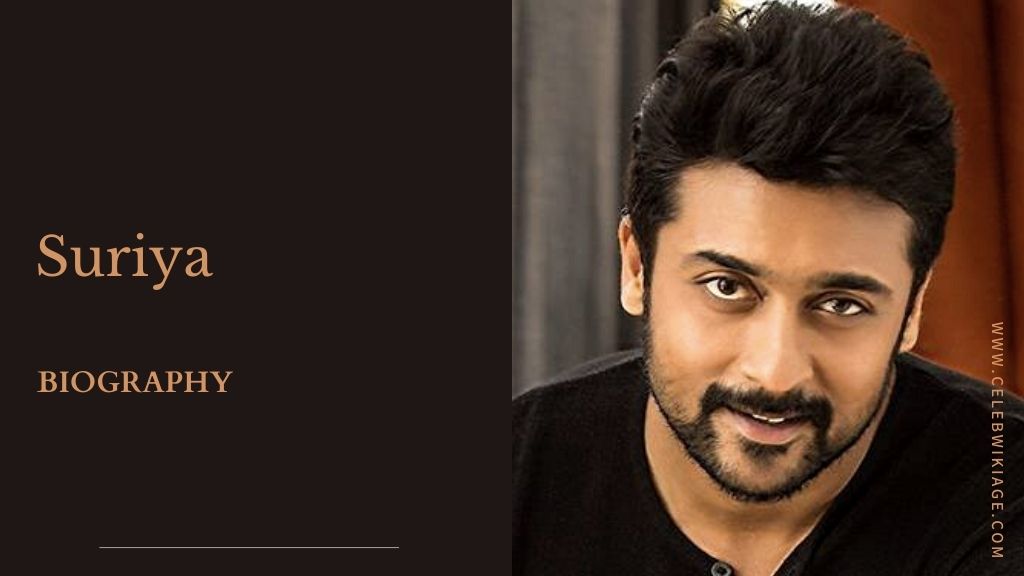 Suriya is married to Jyothika. The couple, after being together for several years, got married on 11 September 2006. They have two children. (Suriya Jyothika)

His debut film, Nerrukku Ner (1997) with Vijay was a big hit; But all his succeeding films did not do well. His first reasonable success was in the movie called Friends. But he did not get any big breaks and his career seemed to be stalled until director Bala approached him for a role in his next venture titled Nandha. This was his first solo hit and Suriya won his first Filmfare award for best actor for this movie.

Suriya’s next venture was with Vikraman in the movie Unnai Ninathu and the movie was able to record good collections. This was followed by Mounam Pesiyadhe, which also did decently well. Suriya’s second blockbuster was Kaakha Kaakha, a movie about the life of a police officer.

This movie raised the profile of Suriya tremendously and made him a huge star overnight. This was also the movie that fueled intense speculation of his relationship with fellow co-star Jyothika.

In the movie Perazhagan, Suriya acted in two roles, one as a boxer and the other as a handicapped but a confident phone booth keeper. His role as the handicapped was praised by critics, and he received a Filmfare Award for Best Actor for his performance.

In 2005, Surya delivered more successful films in the form of Aaru and Ghajini – afterwards he set up a production company called Studio Green along with his cousin K.E.Gnavelraja. Ghajini was one of the most sensational hits of 2005,

Suriya’s 2006 release is Sillunu Oru Kaadhal. He acted opposite his real-life partner Jyothika in the film. The film was an average grosser.

In 2007, Suriya’s solitary release was Vel, where he was paired with Asin Thottumkal. The film became a hit at the box-office. From here, he started doing movies for all A,B & C center audiences.

In 2008, he appeared in Vaaranam Aayiram directed by Gautham Menon. He won several awards. Suriya played dual roles, of a son and a father, ranging from 17 to 75 years.

His next film Ayan in 2009 was directed by K. V. Anand, which went on to become the highest grosser of that year in Tamil Nadu.

In 2010, he had his 25th release with Singam, directed by Hari, in which he played the role of a police officer.

In 15 May 2015, Suriya released 36 Vayadhinile starring his wife Jyothika, the first film from his 2D Entertainment production company.

His film S3 was released on 9 February 2017 and emerged another ₹1 billion grosser.

His only release in 2018 was Thaana Serndha Kootam directed by Vignesh Shivan and produced by Studio Green with music done by Anirudh Ravichander with Keerthi Suresh as the female lead.

The first of his two releases in 2019, NGK, released on 31 May 2019. The second Kauppaan. Although the film received mixed reviews from critics, it ended up being a commercial success and yet another ₹1 billion grosser for the actor.

He played Justice K. Chandru in T. J. Gnanavel’s Jai Bhim. The film, an own production, was distributed by Amazon Prime Video on 2 November 2021. It is currently the highest rated film on IMDb and has a rating of 9.4/10. (Suriya Jai Bhim)

Surya has won many awards for his hard work and best acting. Not only this, he also has a tremendous craze from fans. Fans eagerly wait for each of his upcoming films.