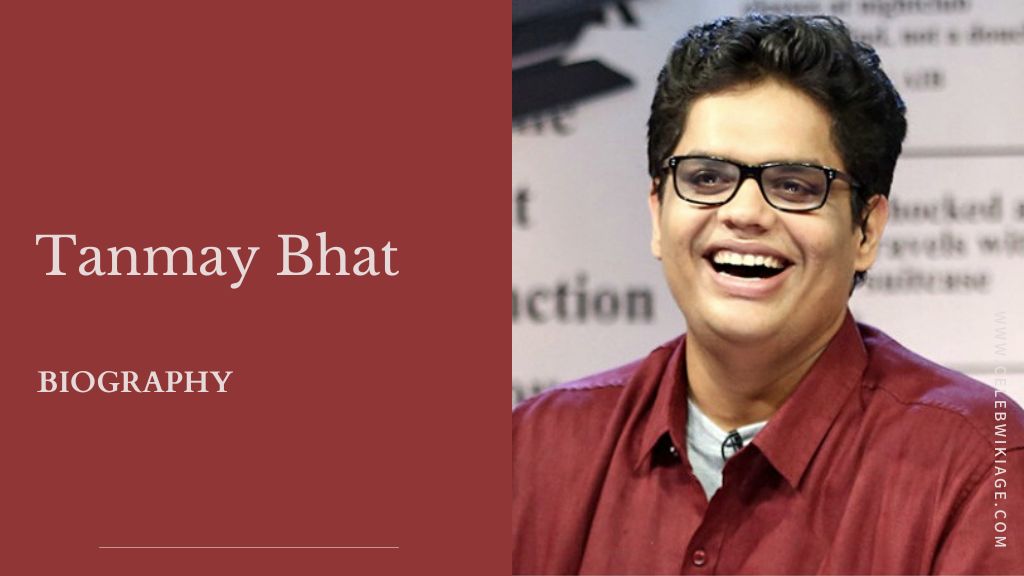 Tanmay Bhat is an Indian stand-up comedian and one of the founders of the comedy group All India Bakchod. This podcast, commonly known as AIB, was found in 2012 and currently has more than 2 million subscribers.

Bhat was one of the first four Indian comedians to be featured at Mumbai’s first all-Indian Comedian Line Up- the Comedy Store titled Local Heroes. He has also performed with artists from UK in the Best In Stand Up event.

He has also played short roles in movies like Ragini MMS and MR. X.

Bhat is often in news for the wrong things given his unapologetic humor that leaves nobody out. One of the well-known controversies has been his Snapchat video about an imaginary conversation between Lata Mangeshkar and Sachin Tendulkar. Although veteran singer Mangeshkar wasn’t as angry as her fans, political parties like BJP and MNS filed a police complaint against Tanmay Bhatt and Shiv Sena went overboard to call Tanmay ‘Mentally deranged’.

Tanmay Bhat was born on 23 June 1987 in Mumbai, Maharashtra, India. He attended Seth Chunilal Damodardas Barfiwala High School in Mumbai and was a hardworking student who topped his classes in school.

Although Tanmay Bhat got his first major opportunity when he won the national comic hunt, ‘Weirdass Ham-ateur Hunt’ in 2009, Tanmay’s first brush with standup comedy happened when he was still in school, 7th grade to be exact. At a function in his apartment, he managed to convince the organizers to let him take the stage for five minutes. Once Tanmay got comfortable, he went on to captivate the audience for 20 minutes straight and was rewarded with their peels of laughter! That was when he realized his calling as a comedian.

A few years after making his official debut in 2009, he became the co-founder of India’s first comedy podcast, ‘All India Bakchod,’ popularly known as AIB, in the year 2012. He was one of the first Indian comedians to be featured at the Comedy Store in Soho, London. The show, titled ‘Local Heroes,’ featured an all-Indian comedian line-up including Tanmay and three other comedians. To his immense delight, Tanmay was named as one of the, ‘Top 10 Comics’ by ‘The Times of India’ recently. He has also performed in collaboration with artists from the UK in ‘The Best Standup Event.’ He is a part of ‘Cardinal Bengans,’ an international troupe of theater artists and comedians. He has also featured in cameo roles in Bollywood movies such as ‘Ragini MMS 2’ and ‘Mr. X.’