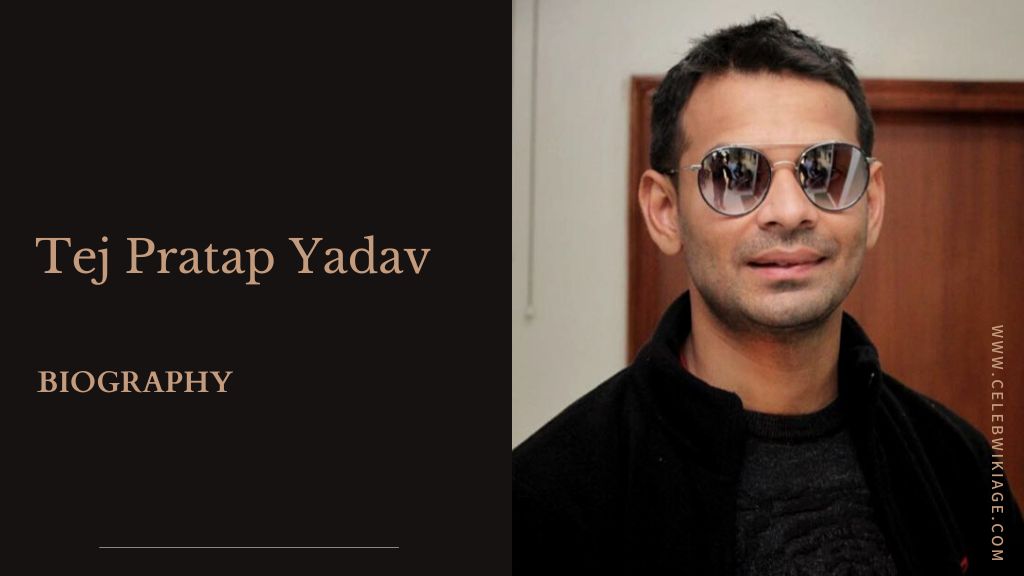 Tej Pratap Yadav is an Indian politician. He was a cabinet minister for Health in Government of Bihar. He was elected to the Bihar Legislative Assembly from the Mahua constituency as a member of the Rashtriya Janata Dal in 2015. He is the eldest son of former Bihar chief ministers Lalu Prasad Yadav and Rabri Devi.

Tej Pratap Yadav was born on 16 April 1988 in Patna. He is the eldest son among the seven daughters and two sons of two former Chief Ministers of Bihar, Lalu Prasad Yadav and his wife Rabri Devi.

Tej completed his education up to 12th standard. Intermediate from BSEB.

He was married to Aishwarya Rai, grand daughter of Bihar’s ex-Chief Minister Daroga Prasad Rai. He has been accused by his wife of beating her and using drugs, and also of cross-dressing.

He became a Cabinet Minister of Health in Nitish Kumar’s government from November 2015 till July 2017.

In December 2015, the Environment Minister of Bihar, he promoted horse-riding as an initiative to curb pollution in the state.

The marital discord between Yadav and Aishwarya Rai, daughter of Chandrika Roy, resulted into political “subplot in fight for Parsa seat” of Bihar Assembly, in 2020. Aishwarya also urged the public to vote for CM Nitish Kumar, who is a key political rival of her husband’s family.