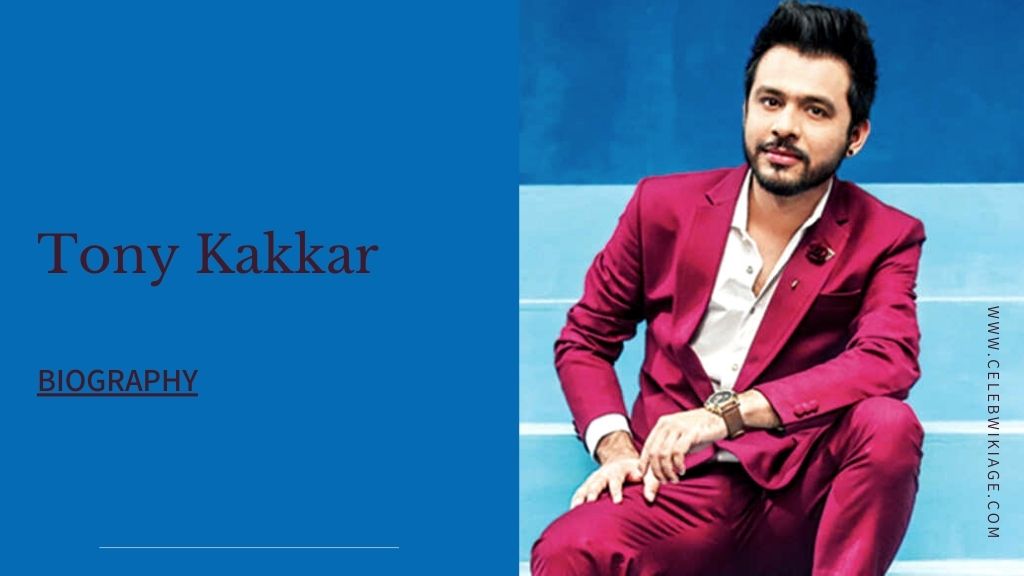 Tony Kakkar is an Indian singer, composer and lyricist. He is famous for his cringe pop songs. Kakkar made his debut in Bollywood in 2012, as a music director with the film Mr. Bhatti on Chutti, for which he composed the song “Good Boys Bad Boys”. He is the brother of singers Sonu Kakkar and Neha Kakkar. In 2014, he founded Desi Music Factory, a record label along with Anshul Garg.

Tony was born on 09 April 1984 in Rishikesh, Uttarakhand India in a Hindu Khatri family. Tony’s real name is Vipin Kakkar, his father’s name is Rishikesh Kakar and mother’s name is Niti Kakkar, as well as he has two sisters in his family named Neha Kakkar and Sonu Kakkar.

Tony’s childhood has been full of difficulties. Tony’s father Hrishikesh Kakkar used to sell samosas to run his family and all of them used to live on rent in a rented house. In the year 1990, Tony Kakkar moved to Delhi with his family, where he used to sing bhajans in Jagrats with his sisters to help his family financially.

He composed the song “Sawan Aaya Hai” for the film Creature 3D. In 2015, he founded the record label Desi Music Factory together with Anshul Garg.

After this Tony Kakkar gave his voice as a singer in his first Panjabi Song “Akhiyaan” in the year 2015 but this song could not perform well and was a flop. In the beginning, Tony used to write songs well but felt very low in front of the camera and mic, due to which his two sisters supported Tony a lot to get out.

Tony Kakkar sang the first superhit song of his career “Mile Ho Tum Humko” with his younger sister Neha Kakkar which was the most popular song of the year 2016. Tony made a special identity on the basis of this song, after which Tony Kakkar became a popular singer.

Some Facts About Tony Kakkar