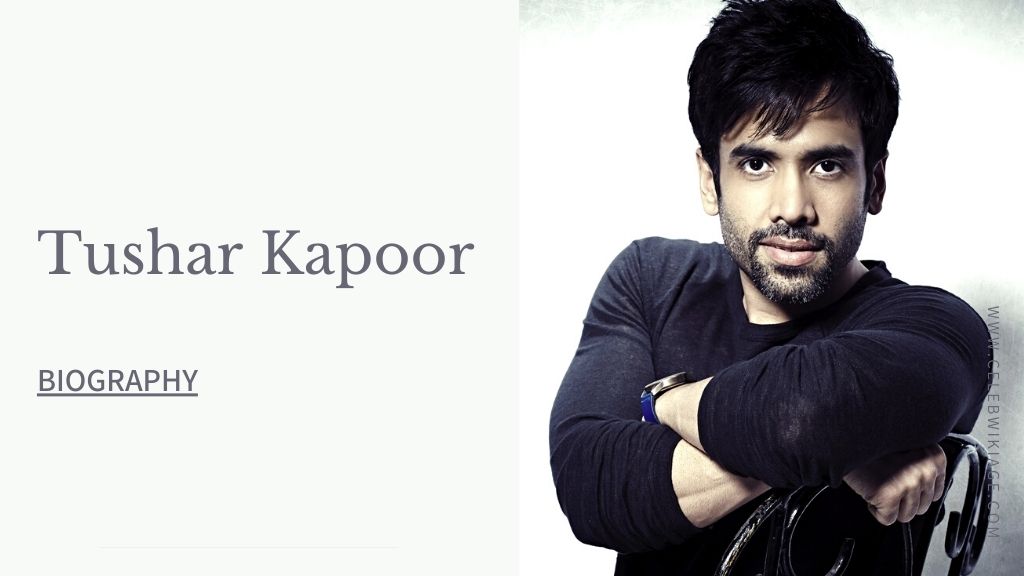 Tusshar Kapoor is an Indian actor and producer who appears in Hindi films. His notable works include Mujhe Kucch Kehna Hai (2001), Khakee (2004), Kyaa Kool Hai Hum (2005), Dhol (2007), Shootout at Wadala (2013). He gained recognition for his role as Lucky in the Golmaal film series.

Tusshar Kapoor is the son of Bollywood actor Jeetendra and Shobha Kapoor. His sister Ekta Kapoor is a television and film producer. He attended the Bombay Scottish School, then studied at the University of Michigan in Ann Arbor for his BBA degree at the Stephen M. Ross School of Business.

Tusshar Kapoor opted for IVF and became a single parent to Laksshya Kapoor through surrogacy in June 2016.

Prior to making his debut as an actor, Kapoor worked with film director David Dhawan as an assistant. Following this, he trained as an actor with Roshan Taneja and Mahendra Verma, in their acting school, and in dance with Nimesh Bhatt.

Tusshar Kapoor made his debut in 2001 with the blockbuster Mujhe Kucch Kehna Hai, a remake of the Telugu super hit Tholi Prema, along with Kareena Kapoor. Tushar received the Filmfare Award for Best Male Debut for his work in the film.

Tusshar Kapoor then starred as Rahul in coming of age film Kyaa Dil Ne Kahaa alongside Esha Deol. Kapoor then appeared in two more Telugu remakes Jeena Sirf Merre Liye (2002), and Yeh Dil (2003). He then appeared in Ram Gopal Varma’s production Gayab (2004) which was declared a below average at the box office but Kapoor received appreciation for his work.

In 2019, he starred as Manav in the ALT Balaji’s web horror series Boo Sabki Phaategi alongside Mallika Sherawat.

In 2020 he produced Laxmii which starred Akshay Kumar. The film is co-produced by his production house Tushar Entertainment.

In 2021, he made his debut as an author with a book titled ‘Bachelor Dad’ published by Penguin . The book chronicles his journey as a single parent.

Some Facts About Tushar Kapoor