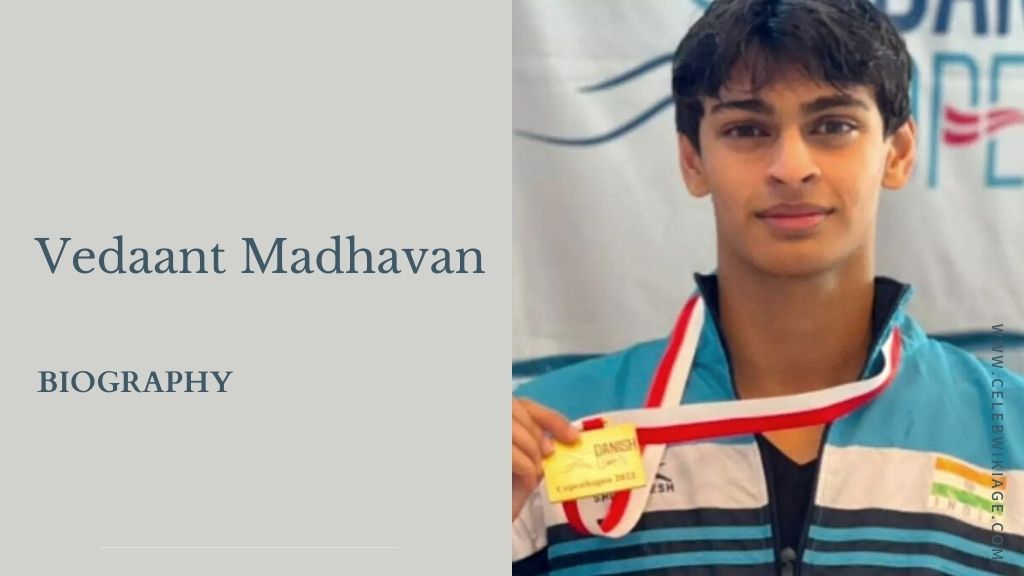 Vedaant Madhavan is a national level Indian swimmer. He is the son of famous Indian actor R Madhavan. R Madhavan’s son Vedaant once again made his father super proud as he won gold and silver medals at the Danish Open in Copenhagen. The actor took to Instagram to share the videos of his son wherein he can be seen receiving the medals during the felicitation ceremony.

Her father, R Madhavan, is a popular actor in India. His mother, Sarita Birje, owns a clothing store named Sarita in Klagenfurt, Austria.

Vedaant, however, found a different passion while at school – swimming. A student of the Universal American School, Dubai, Vedaant discovered his talent for the sport while competing at swimming events for his school and decided to stick to it.

He first joined the Goregaon Sports Club in Mumbai to learn the sport professionally. Vedaant then shifted to the Glenmark Aquatic Foundation, a CSR (corporate social responsibility) program which aims to promote Indian competitive swimmers to the global level, in 2017.

Vedaant has been participating in national-level meets consistently and has won several medals, including a 1500m freestyle bronze at the Khelo India Youth Games 2020 held in Guwahati.

Vedaant Madhavan’s first taste of international success came at the Thailand Age Group Championship 2018, where he clinched bronze in the 1500m freestyle.

In 2019, Vedaant, along with team-mates Utkarsh Patil, Sahil Laskar and Shoan Ganguly, won a silver medal in the 4x100m freestyle relay for Group II boys at the Asian Age Group Swimming Championship.

The year 2021, however, turned out to be a breakthrough year for Vedaant Madhavan. The youngster started the year with a 1500m freestyle bronze at the Latvia Open international meet and followed up with seven podium finishes at the Junior National Aquatic Championships held in October.

A week later, Vedaant also medaled in the senior nationals, coming in third in men’s 1500m and 800m freestyle events. He also finished fourth in the 4x200m relay, missing out on a podium finish by four seconds.

The teenager carried the momentum into 2022, winning a 1500m silver and a 800m gold at the Danish Open swimming. The latter being his first-ever top podium finish at an international meet.

Some Facts About Vedaant Madhavan

Besides swimming, Vedaant is also an avid animal lover. He won the prestigious PETA (People for Ethical Treatment of Animals) Compassionate Kid Award at the age of nine for rescuing animals in need.