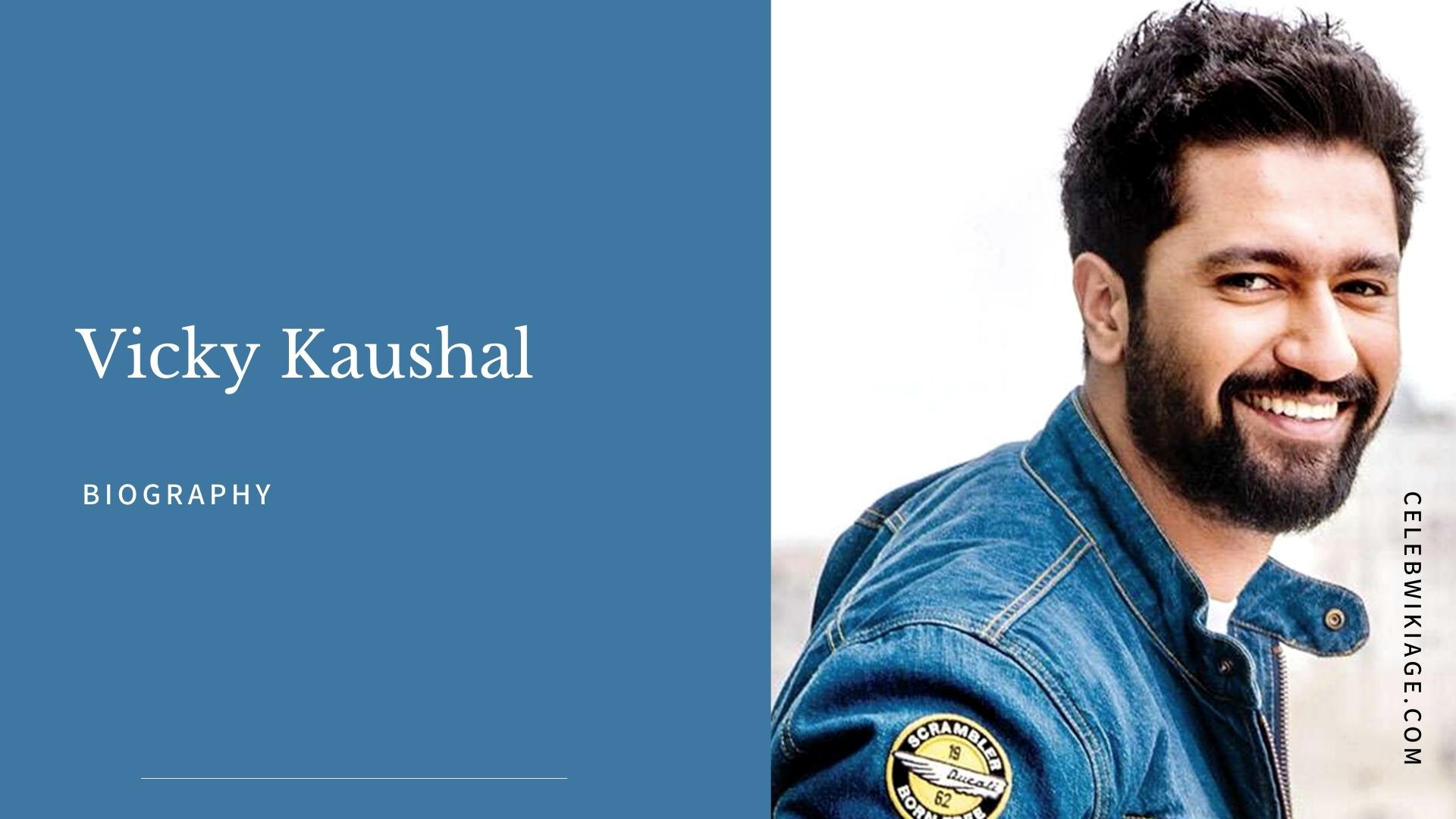 Vicky Kaushal is an Indian Actor & Assistant Director, who is best known for Uri- The Surgical Strike (2019). Vicky started his Bollywood career in the year 2012 with Anurag Kashyap’s film ‘Luv Shuv Tey Chicken Khurana’. Vicky played a small role in this film.

Vicky’s family is originally from Hoshiarpur, Punjab. Vicky’s father came to Mumbai from Punjab in the year 1978 and became a famous action director and well-known stuntman of Bollywood. Shyam Kaushal has worked in super hit films like ‘Slumdog Millionaire’, ‘3 Idiots’ and ‘Bajrangi Bhaijaan’. Vicky Kaushal’s brother Sunny Kaushal is also an actor. He is also an assistant director, having worked with films like ‘My Friend Pintu’ and ‘Gunday’.

Vicky has been very fond of reading books, watching movies, and playing cricket since childhood. Vicky has completed his schooling at Seth Chunilal Damodardas Barfiwala High School in Mumbai itself. After this, Vicky did his engineering degree in Electronics and Telecommunication from Rajiv Gandhi Institute of Technology, Mumbai.

After completing his engineering degree, Vicky started working in an IT company. After some time he left the job and started going to the sets of films with his father. Apart from this, Vicky also did an acting course in Kishore Namit Kapoor’s Academy. Vicky worked as an assistant director to Anurag Kashyap in both the parts of the super hit film ‘Gangs of Wasseypur’. This gave him an opportunity to know more closely about films and acting.

Vicky worked in the film Masaan in the year 2015 itself. Actor Sanjay Mishra and actress Richa Chadda also worked in this film. People liked this film Vicky and people appreciated his performance in the film.

In the year 2018, Vicky also worked in another superhit film ‘Sanju’. In this film, Vicky Kaushal played the role of Sanjay Dutt’s friend Kamli in the film.

The year 2019 also proved to be lucky for Vicky Kaushal. This year Vicky Kaushal’s film Uri: The Surgical Strike was released. The film was based on the surgical strike by India on Pakistan. Vicky played the role of an Indian Army officer in the film. This film gave Vicky Kaushal a different identity among Bollywood and people. Apart from this, Vicky’s film ‘Bhoot – Part One: The Haunted Ship’ was also released in the year 2020.

Who is Vicky Kaushal?

Vicky Kaushal is An Indian Actor & Assistant Director, who is  best known for Uri- The Surgical Strike (2019)

How Tall is Vicky Kaushal?

Where is Vicky Kaushal from?

Vicky is from Mumbai, his father came to Mumbai in 1978 from Punjab.