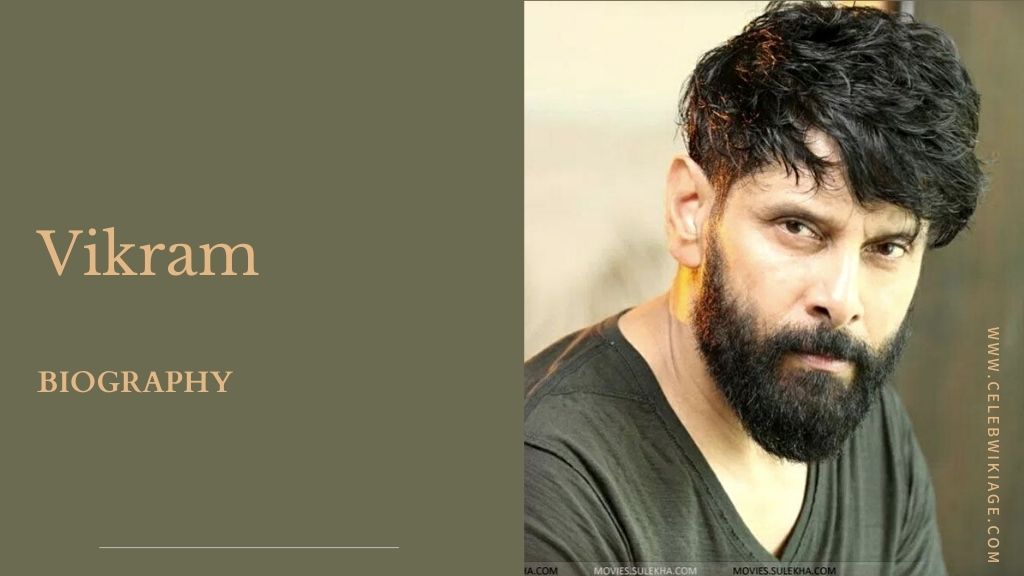 Vikram is an Indian actor and playback singer who predominantly appears in Tamil cinema and also appeared in Telugu, Malayalam and Hindi cinema. He is among the most decorated actors in Tamil cinema, with awards including seven Filmfare Awards South, a National Film Award and a Tamil Nadu State Film Award.

He was born as Kennedy John Victor on 17 April 1966 to a Christian father and a Hindu mother. His father, John Victor was act in supporting roles in Tamil films and television serials and this inspired Vikram to take part in theatre lessons and become professionally trained in classical and cinema dance forms to ensure he became a leading actor. Rajeshwari, Vikram’s mother, was a sub-collector.

He is used as a screen name as he disliked his original name, Kennedy; the name Vikram was composed by taking “Vi” from his father’s name, “K” from Kennedy, “Ra” from his mother’s name and “ram” from his sun sign, Aries.

He was educated at Montfort School, Yercaud (a boarding school in a hill station near Salem) and graduated in 1983 from Loyola College, Chennai with a degree in English Literature and worked halfway towards an MBA programme.

He debuted as a lead role in the film Meera in 1990. Following its release, the film did not run well at the box office. Vikram still accepted subsequent offers he received and saw his first hit film, Sethu in 1999.

His successful performance prompted Shankar to cast him for his high-budgeted Anniyan. Anniyan was also another top-grossing film released in 2005, for which he received a Filmfare Best Tamil Actor Award.