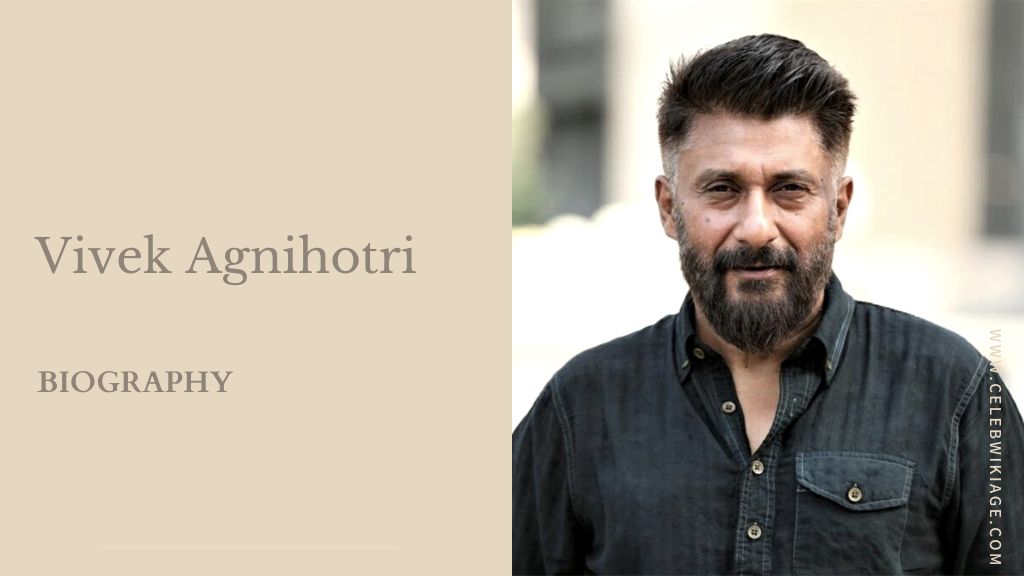 Vivek Agnihotri is an Indian film director, screenwriter, producer, writer and activist. Vivek is the husband of Indian film actress Pallavi Joshi. Who has currently played the role of an actress in India’s most controversial film ‘The Kashmir Files‘.

As of 2019, he is a board member of the Central Board of Film Certification of India and the cultural representative of Indian cinema in the Indian Council for Cultural Relations.

Recently, he has been the subject of discussion in the media about his film The Kashmir Files.

Vivek Agnihotri was born on 21 December 1973 in Gwalior city of Madhya Pradesh. Vivek Agnihotri is the son of a family of freedom fighters who have been honored by the President for their contribution to Indian society.

Vivek Ranjan Agnihotri did his Bachelor of Science and Master of Planning (Economics) from the School of Social Science, Bhopal University. He further studied advertising at the Indian Institute of Mass Communication, Delhi. After this, Vivek did the ‘Organization and Management’ course (CSS) from Harvard University.

Vivek led a social movement in the United States of America to raise funds for the victims of the ‘Bhopal Gas Tragedy’. Vivek returned to India to participate in the creation of a ‘New India’.

Agnihotri is married to Indian actress Pallavi Joshi and they have two children, Malika and Manan. He has described himself as a supporter of Narendra Modi.

Vivek founded the ‘Main Buddha Foundation’ with his wife. This NGO mentors and trains underprivileged youth in creative thinking and empowers them in creative fields.

Vivek Ranjan Agnihotri has been a part of the launch team of Gillette and Coke.

Vivek Ranjan Agnihotri started his own advertising agency – Art Beat in Delhi and was selected as one of the ’10 Fastest Growing Agencies’ by Business Today.

Vivek Ranjan Agnihotri made an award winning documentary on ‘Social Justice in India’.

Vivek Ranjan Agnihotri’s public service advertisement film on AIDS won him the most prestigious A&M Gold Award and ED Club Gold Award for his contribution to the creative arts and society.

Agnihotri debuted in Bollywood with Chocolate (2005), a remake of the 1995 Hollywood neo-noir crime thriller The Usual Suspects. The Tashkent Files received overwhelmingly negative reviews from critics but became a sleeper box-office hit. In March 2022, Agnihotri released The Kashmir Files on the Exodus of Kashmiri Hindus.

In 2018, Agnihotri wrote Urban Naxals: The Making of Buddha in a Traffic Jam, in which he described individuals in academia and media who were allegedly colluding with Naxalites in a bid to overthrow the Indian government and were thus “invisible enemies of India” as “Urban Naxals”.

Who is Vivek Agnihotri?

Who is the wife of Vivek Agnihotri?